The Embassy of Spain, along with writer Aaron Shulman, host a screening of the 1976 Spanish cult classic documentary “El Desencanto,” directed by Jaime Chávarri. 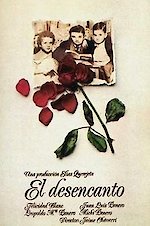 The film explores the lives of the strange, tormented, and brilliant Panero family, whose story Shulman tells in his new book, The Age of Disenchantments: The Epic Story of Spain’s Most Notorious Literary Family and the Long Shadow of the Spanish Civil War (Ecco/HarperCollins, March 2019). A discussion with Aaron Shulman and Xabier Fole Varela will follow the screening.

Aaron Shulman is the author of The Age of Disenchantments: The Epic Story of Spain’s Most Notorious Literary Family and the Long Shadow of the Spanish Civil War. His work has appeared in publications including The Believer, The American Scholar, The New Republic, and The Los Angeles Review of Books. Shulman first lived in Spain while studying abroad and moved back in 2010 after falling in love with a Spanish woman. There, he published pieces about Spanish culture, social movements, and the economic crisis. In 2012, he watched El Desencanto, the 1976 documentary about the Panero family, and from that night onward became hopelessly obsessed. He now lives with his family in Santa Barbara, California.

Xabier Fole Varela holds a B.A. in Audiovisual Communication from Universidad Francisco de Vitoria of Madrid, as well as an M.A. in Spanish and an M.A. in History (with a focus on Intellectual History of the United States) from City College of New York (CUNY). After graduating, he worked as a scriptwriter and producer at NY1 Noticias, the 24-hour news television channel in New York City. He also worked as a fact-checker for The New York Times. His articles have appeared in publications such as Fronterad and ABC Cultural. Currently, he writes a weekly column for Faro de Vigo. His primary research interests include ideological conversion, nationalism, politics of memory, and intellectual history.

Presented by the Embassy of Spain