The August Virgin at the 2019 AFI European Union Film Showcase

The Festival brings one more time the best in European cinema to Washington, D.C.-area audiences, including the Spanish film “The August Virgin.” 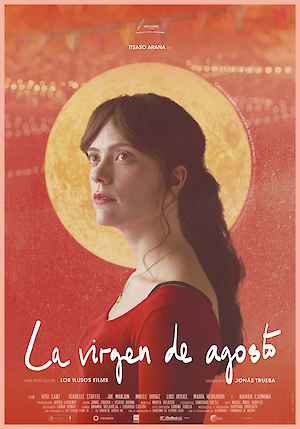 On the verge of turning 33, Eva decides to spend her August in Madrid, where the heat and holiday festivities (las verbenas) drive most locals to abandon the city. From her borrowed flat, and without grand ambitions, she crosses paths with old friends and new acquaintances. Lazy summer days turn into nights of philosophical reverie. Seeking small revelations from the world around her, Eva embarks on a journey of self-discovery that unfolds on screen as a joyous, magical summer tale. Winner of the FIPRESCI prize at the 2019 Karlovy Vary International Film Festival.

Buy tickets. In addition to film tickets, you can buy series passes for the full Festival

Presented by AFI Silver Theatre and Cultural Center, in collaboration with the European Union Delegation to the USA and the Cultural Office of the Embassy of Spain in Washington, D.C. Photo by Los Ilusos Films