The fourth edition of “Spanish Cinema Now +” features a selection of three new films that showcase the rich diversity of today’s Spanish cinema.

Like an act of faith. A woman tries out a new way of being in the world, staying in Madrid in the middle of August, between meetings and wanderings. A man walks through a long night where the ghosts of the past and present roam. A bar in Cartagena becomes a capsule for an overlapping time where the past and the present converge in conversations. Political films of resistance. A kind of cinema that resists and persists rooted in reality, exploding with the miraculous nature of everyday life. The extraordinary is revealed in the ordinary. Rohmer, Straub and Huillet, Coutinho… names that resonate through these extraordinary films that look into and for themselves in the present, each with their own identity, aware of the importance of heritage (be it personal and collective, or social and cinematographic). And, with a deep faith in the present, they have a profound love for people and cinema. These are three essential works to continue believing in cinema and in life. 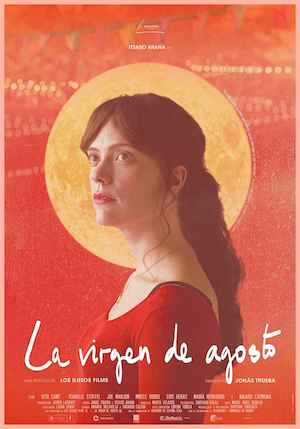 Eva is not satisfied with her life. In an act of faith, she decides to stay in Madrid over the summer, when all the other locals leave. August offers her a chance to start from scratch.

While the cinema of Los Ilusos (The Wishful Thinkers) is a miracle, that of La virgen de agosto is the search for a lost faith. 33 year-old Eva (with all the implicit biblical connotations) decides to stay in Madrid in August in the midst of the local festivities. The owner of the apartment where she moves in tells her about Stanley Cavell’s study of popular Hollywood comedies of the 1930s, when the crisis was in full swing; movies about female identity, about the courage to become oneself. A statement of intent. Because staying in Madrid during the summer is to enter a new state (it is not a vacation, but it is not work either.) An indefinable place. Slowing down, listening and paying attention so that everyday life can reveal its miracle. Every detail is a sign, every encounter a revelation. At each encounter, dreams, fears, bonds and expectations are shared, especially the possibility to ‘be’ and to reinvent oneself. Connecting with desire and pleasure. The pleasure of finding your own place in unfamiliar surroundings. Because self-identity is linked to the identity of a place, to its customs. This is a film about the miracle of learning to believe in life and in cinema. Simply learning to be present. 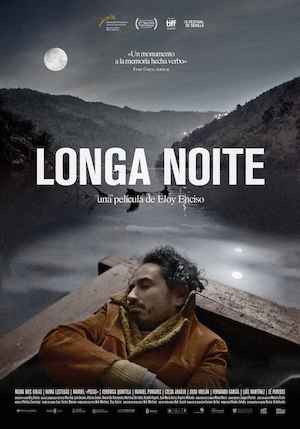 Anxo is a man that returns to his home village in the Galician countryside in Franco-era Spain after the war.

Based on texts and letters from various authors, the film is a striking mise en abyme, looking at the emptiness, after the Spanish Civil War. Anxo returns to his home village in Galicia. And as he goes back, so do his ghosts. Every face, every gesture, every word is a political act. In a sort of prolog, two exiles from society who have been expelled from the system remember the times when begging enjoyed a certain social consideration while both share a loaf of bread. Just like them, Anxo is on the fringes of the system, disowned, wandering through places that were once familiar and where he is now an intruder. In search of a place, he crosses paths with other characters, winners and losers of a divided Spain: a merchant who is emigrating to the Americas to quit begging; a widow, who does not want to remember, just waits for her son to return; the mayor and his friends; a Republican prisoner who describes the fear of fear; and Celsa. Because with Anxo’s return, so did a letter for her. A letter that will take you across the border and into the long night of a timeless time. What we are now, what we were once. Memory and oblivion, if such a thing as oblivion even exists. 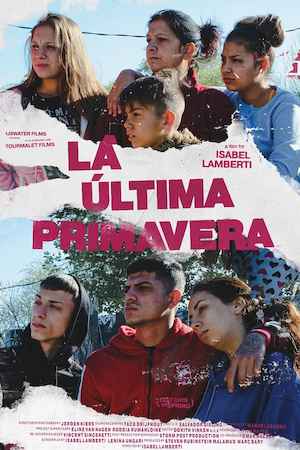 In Isabel Lamberti’s first feature, which employs a documentary aesthetic and non-professional actors to breathe life into a fictionalized narrative, the multi-generational Gabarre-Mendoza family is celebrating their grandson’s birthday when a police inspection interrupts the party. The family lives in La Cañada Real, an expansive shantytown just outside Madrid, which stands on recently sold land. Facing eviction from the place they call home and from the houses they built by hand, the family is bracing for a stark future. The mother, Augustina, once full of laughter, is now tormented by fear; the father, David, a hardworking scrap merchant, tries to find a solution but is let down by the bureaucratic system. Meanwhile, the younger members of the family –David Jr., the adolescent mother and daughter-in-law Maria and the young Alejandro– each struggle in their own way with the impending transition.

Presented by the Cultural Office of the Embassy of Spain in Washington, D.C. Image: still from La Virgen de Agosto.