Filming Spain's Exile in our Hearts

As part of the “Filming Spain’s Exile in Our Hearts” film series, the Cultural Office of the Embassy of Spain presents a collection of stories of the Spanish republican exile.

From its beginnings, Spanish cinema was related to expatriation. The adopted Parisian Surrealist Luis Buñuel had to find refuge in Hollywood, Mexico, and back in France during the Spanish Republican Exile of 1939.

This film series aims to present to U.S. viewers lesser-known transnational samples from or about those times. From rarely-seen documentaries about the harsh realities of the Spanish Republicans’ defeat in France: Jean-Paul Dreyfus’s Refuge, or Le Vernet d’Ariège: Photos from a Camp, to their blurred contributions in the liberation of occupied France (The Forgotten Men of the Ninth Company), as well as the transformation of their resistance to the Franco’s dictatorship (The War is Over).

Mexican solidarity toward a large group of refugees is remembered through Visa to Paradise, and particularly, On the Empty Balcony, the only film the Spanish exiles filmed about their own plight. The Galíndez’s Mystery brings USA Cold War and Latin American dictatorial entanglements. Finally, Beltenebros, Soldiers from Salamis and The Sea and Time will display filmic adaptation of true fictional accounts, hovering the problems of memory, return, and the uses of history. The whole series will feature discussions with filmmakers and specialists.

Films presented at the Former Residence of the Ambassadors of Spain 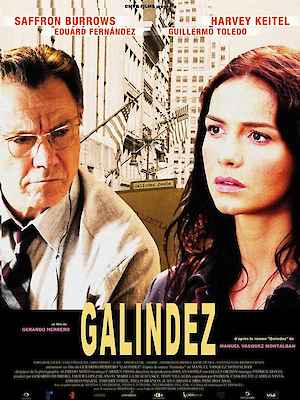 Based on Spanish novelist Manuel Vázquez Montalbán’s “Galíndez”, this film is about the mysterious disappearance in New York in 1956 of exiled Spanish politician Jesus de Galindez. This Basque Republican nationalist escaped Franco’s regime in Spain and ended up in Manhattan. There, he served as a delegate of the Autonomous Basque Government to the American government, but he also remained dedicated to defeating Dominican Republic dictator Rafael Leónides Trujillo (he lived in Dominican Republic before settling in the United States). Arriving in Spain to work on her doctoral thesis about Galíndez, Muriel Colber receives a tip that leads her to the truth about what happened to the Spanish politician.

This documentary shows images of the Spanish Civil War and of the exodus of Spanish Republicans to France, illustrating the way they lived in appalling conditions in the refugee camps of Argeles-sur-Mer, where filming was made clandestinely. 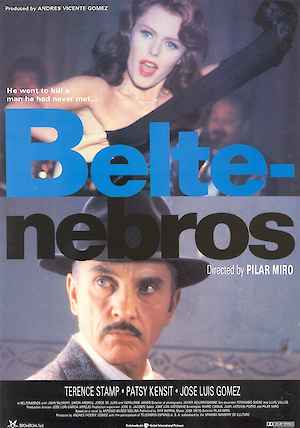 This political thriller is based on a novel by Antonio M. Molina. In 1962, more than twenty years after the Spanish Civil War, an English communist returns to Madrid to kill a traitor in the communist party. A successful young novelist, Lola Sánchez, who has lost inspiration, makes her living as a teacher and a journalist. She is assigned to investigate a true story that took place at the end of the Spanish Civil War involving Rafael Sánchez Mazas, writer, founder of the fascist party Spanish Falange and advisor of the leader of the party José Antonio Primo de Rivera. She finds out that he was suppossed to be shot in a mass execution, but managed to escape helped by an unknown soldier. The novelist gradually pieces together this story and finds herself as the research progresses.

Filming Spain's Exile in our Hearts