This documentary by David Pareja follows Flamenco singer Diego “El Cigala” during his journey while recording his latest salsa work.

Indestructible, The Soul of Salsa 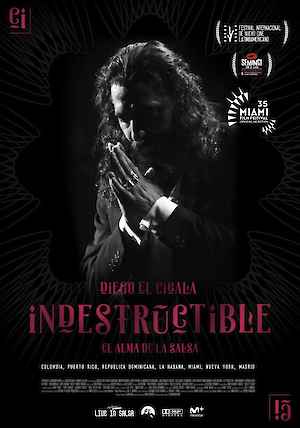 This musical documentary follows Spanish flamenco singer Diego “El Cigala” as he embarks on a journey to make a salsa record. With stops in Cali, Havana, Punta Cana, San Juan, Miami and New York, Indestructible is a musical tour-de-force, enlisting the likes of Omara Portuondo, Larry Harlow and the Fania All-Stars as our guides.

HFFNY upholds the reputation for which it is known: enriching and expanding the vision of Latino culture in the United States. The films chosen each year reflect strong cultural and social identities rooted in their respective countries. The festival offers the audience the opportunity to see award-winning full-length feature films, documentaries, shorts, animation, and classics as well as new independent films rarely screened in the U.S.