Anthology Film Archives presents a three-part retrospective of the work of José Val del Omar who has often been considered an essential figure of Spanish experimental cinema.

José Val del Omar defined himself as an alchemist of cinematography aiming to transform cinema into a transcendental experience. He explored the relationship between technology and aesthetics through inventions such as “Diaphonic Sound” and “Tactile Vision,” for which he was recognized with an award at the Cannes Film Festival in 1961.

His films and writings inspire a fundamental question: was he ahead of his time or was he an anachronistic survivor of a past period? One thing is clear: Val del Omar was firmly devoted to experimenting with the sensorial possibilities of cinema, creating a unique blend of art and science. Overdue for recognition in the U.S., his films are must-sees for anyone hoping to fully understand the history of avant-garde and expanded cinema in the 20th century.

The Misiones Pedagógicas of the Spanish Second Republic 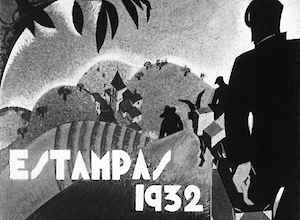 During the 1930s, Val del Omar worked as a cinematographer, photographer and projectionist for the Misiones Pedagógicas, the Spanish Second Republic’s program charged with bringing literature, theater, and cinema to rural populations. Val del Omar understood film as an ideal instrument for the modern pedagogical trends inspiring the Misiones, notably its emphasis on bringing together instinct and consciousness, brain and heart, learning through aesthetic experience. Val del Omar shot more than fifty documentaries during the Misiones but just a few are preserved: Scenes 1932 (1932) and Christian Feasts / Secular Feasts (1934-35). Most of these documentary films were shot using a camera lens of his invention, a sort of zoom avant-la-lettre. 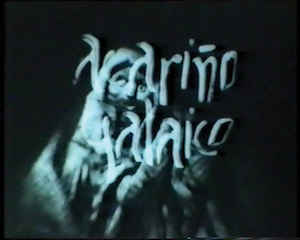 Vibration of Granada marks a turning point towards poetic documentary in the Valdelomarian trajectory. This lyric portrait of the Alhambra announces many of the features of his complex Elementary Triptych, which he started almost two decades later and is generally considered Val del Omar’s masterpiece. Composed of three films, each related to a natural element (soil, fire, and water), it describes a symbolic geography of Spain, from Finisterre to Granada. Val del Omar contemplated different possible sequential arrangements, settling on an order that inverses the chronology of the productions.

Each piece was carefully designed to highlight Val del Omar’s various technological and expressive innovations, all of which strove to explode the limits of the screen and explore the potential of an expanded cinema. Water-Mirror of Granada utilized the Diaphonic System (Sistema Diafónico) that Val del Omar created in 1944, an electro-acoustic sound system that transcended the conventional stereophonic method, anticipating the structure of surround sound. Another of his experiments was the Tactile Vision (Visión Táctil), which he put into practice in the second part of his triptych, Fire in Castille. The third and final part of the Triptych, Galician Caress (of Clay) was shot in 1961-62, but Val del Omar postponed the editing, and it was left unfinished at his death in 1982.

Water-Mirror of Granada and Fire in Castille feature a characteristic end title that illustrates Val del Omar’s continuous research and inexhaustible creativity: instead of “The End,” we read “Never Ending.” Indeed, he never stopped creating. In the late 1970s he set up a laboratory named PLAT (Picto – Luminic – Audio – Tactile) in Madrid, and continued experimenting with video and multimedia equipment. Variations on a Pomegranate is the only preserved piece from this period.

Val del Omar’s “Never Ending” film philosophy found a relevant continuity in the many contemporary artists, musicians, and filmmakers who produced works under his creative influence. For example Eugeni Bonet, an important visual artist, theorist, and curator, met Val del Omar in 1980 and years later made the film Throw your Watch into the Water (2004), a creative reinterpretation of Val del Omar’s filmic materials. He would also organize the first retrospective of his work at the Pompidou Museum (Paris) in 1982, as well as the first exhibition entirely devoted to his trajectory in the Reina Sofia Museum (Madrid) in 2010.

Supported by the Consulate General of Spain in New York. Curated by Lur Olaizola Lizarralde. Special thanks to Piluca Baquero, director of Val del Omar Archive.