Among the longest-running international film events in the nation, the MSPIFF annually presents 350 bold, exciting, and moving works from new and veteran filmmakers from around the globe, drawing more than 45,000 attendees. This year, the festival will expand to include select screenings at the Capri Theater in Minneapolis, in addition to showing at the St. Anthony Main Theatre, the Uptown Theatre and Metropolitan State University’s Film Space.

Other additions include a virtual reality exhibition and experimental film program, a program of films by African and African American filmmakers supported by the Academy of Motion Picture Arts and Sciences, a selection of Finnish films in celebration of the 100th anniversary of the Republic of Finland, and a showcase of new international television series.

The 36th edition presents a selection of 11 Spanish movies, including works of well-known filmmakers such as Carlos Saura and the Goya Award winner Tarde para la Ira (The Fury of a Patient Man) by Raúl Arévalo. From April 13 to 29, Spain’s distinctive and wide-ranging film industry will be represented in Minneapolis. 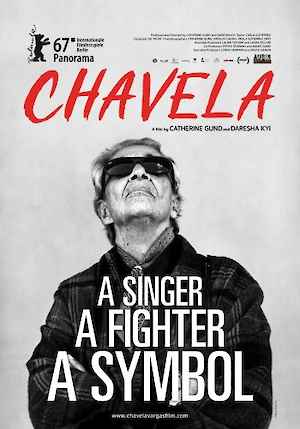 In 1992, director Catherine Gund met the legendary Mexican singer Chavela Vargas, and took it upon herself to film the experience with a video camera. Rediscovering the footage, Gund has stitched together a fascinating cinematic tapestry about Chavela’s incredible career. With interviews with the singer’s many admirers, fellow performers, and featuring brilliant concert footage, we see the young Chavela scandalizing the world with her beautiful voice and masculine attire, which she displayed with a cunning verve. 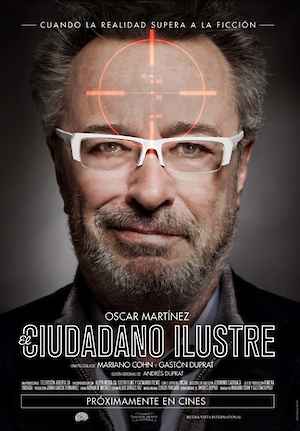 Daniel Mantovani has achieved success like few authors before him. Enormous fame, wealth, and now, a Nobel Prize. But something bothers Daniel –living the high life in Barcelona, he wonders if he’s still challenging himself as a man and a writer. When he receives a letter from his rural small town of Salas, a good seven hours from Buenos Aires, a world away, he decides to accept an invitation to receive the town’s “Distinguished Citizen” award. After all, his fiction takes place in the town, so at the very least he owes it to them, and himself, to visit his geographical muse for the first time in forty years. Like the best stories, nothing goes as planned, as Daniel meets old flames, new friends, and some of the most off-kilter characters that even he couldn’t imagine. 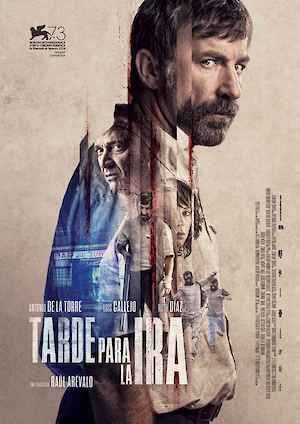 José seems to be nothing more than a lonely man. Frequenting a local bar in one of Madrid’s working-class neighborhoods, he clearly is happy to be continually in the company of the bartender, Ana, who lives alone with her son. Ana has been waiting 8 years for the return of her son’s father, Curro, who is serving time in prison for a botched robbery. Slowly, the two fall in love, and when Curro returns, he is decidedly displeased. When José offers Ana his country home to escape from her boyfriend’s wrath, neither Ana nor Curro realize that the mild-mannered José’s plans are just now starting to unfold. 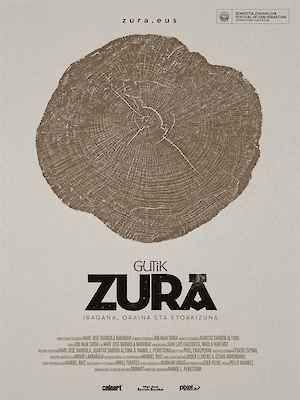 In this meditative documentary, the profound relationship between the people of the Basque region of Spain and the forests that surround them is explored in rich, poetic detail. Director John Maia is himself a man of the region, who has a degree in the Basque language, and has spent his life creating poetry, music, and documentaries seeking to capture the region’s fascinating idiosyncrasies. Here, he seeks out people who have lived among the forests of northern Spain, their relationship to and livelihood from wood, and weaves an almost fable-like story that includes history, personal experience, and even science in its fabric. In doing so, the Basque region becomes a magical place where people and trees, treated in this film like characters in and of themselves, come alive. Don’t miss this rare documentary from a filmmaker whose work rarely appears in this country in any format. 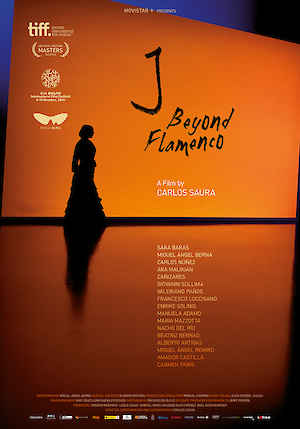 Master filmmaker Carlos Saura continues his colorful exploration of performative traditions with a sensuous and vibrant portrait of jota, a waltz-like castanet dance from Saura’s home province of Aragon, in northern Spain. Enlisting the multifarious talents of young and old, professional and novices, Saura uses the film screen as a canvas to paint a living tableaux of this overlooked form of dance. Sans plot, Saura utilizes a style he has developed for years that lets the dancing, singing and music speak for itself.

May God Save Us 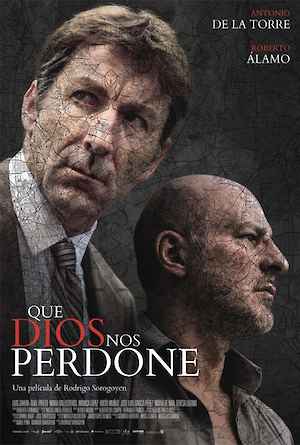 In the stifling summer of 2011, Madrid is gripped by anti-austerity protests, while the city’s police apparatus is gearing up for a visit from the Pope. To make matters worse, a serial killer is murdering old women at an alarming pace, and the violence is palpable. Enter Alfaro and Velarde, two detectives who, together, seem to understand their perp as well as they know themselves. Alfaro possesses an uncontrollable temper, while Velarde is introverted, with a slight stutter, both of which mask a darker side. As the pair draws nearer and nearer to capturing their suspect, and the Pope’s visit looms, both Madrid and the Catholic church have their veneers peeled away to reveal an ugly side that both would prefer hidden. 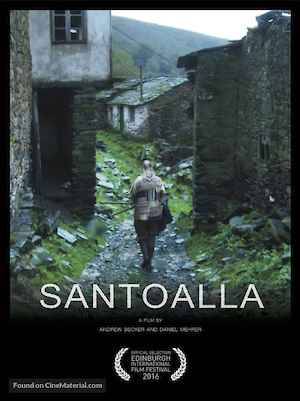 Santoalla is a small abandoned Spanish town of scattered families living a tenuous existence. Enter Martin Verfondern and Margo Pool, two Amsterdam citizens who seek to get away from modern life and live off the land they’ve purchased in Santoalla. At first, it seems like a dream come true –the Dutch couple’s organic farm is proceeding along nicely, even to the point where Spanish television took notice. But soon the couple falls into conflict with their only neighbors, longtime community leaders the Rodriquez family, eventually resulting in Verfondern and Poole suing their neighbors over a logging disagreement. But when the court sides with the organic farmers, Martin Verfondern suddenly disappears. 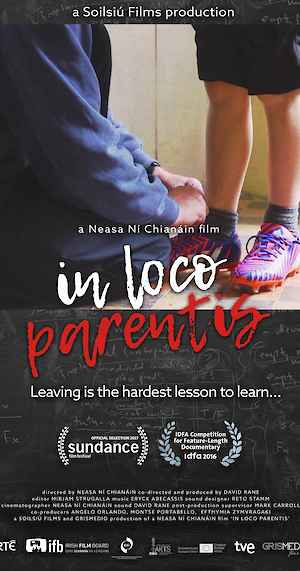 This observational documentary follows a year in the lives of two inspirational teachers in the only primary-age boarding school in Ireland. Headfort has been home to John and Amanda Leyden for 46 years and a backdrop to their extraordinary careers. For John, rock music is just another subject alongside Math, English, Scripture and Latin, all of which are taught in a collaborative and often hilarious fashion. For Amanda, the key to connecting with children are books, and she uses all means to snare young minds. Is the school an anachronism in this globalized world or a clever remake of the flawed British public school model? And now the unthinkable looms: what would retirement mean for John and Amanda? Headfort School, spanning the ancient and the ultra-modern, has been their life and passion –who will keep them young if they leave?

Swimming in the Desert 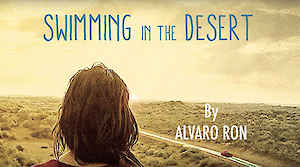 In the drought-stricken town of Agua Dulce, a 10-year-old girl and her grandfather concoct a crazy plan to bring the water back to the dry river. 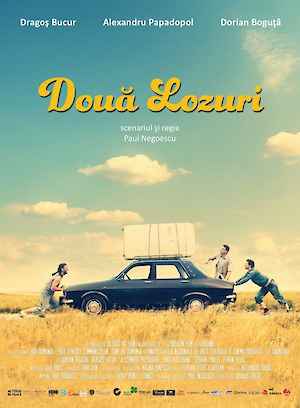 Three hapless fools go in search of certain treasure in this shaggy and delightful comedy. Dinel is an auto mechanic who yearns to make enough money to convince his Italian wife to abandon her home country (and perhaps the man she’s fallen in love with) and join him in Bucharest. Sile is a gambling addict and Pompiliu is a cautious man who’s done virtually nothing with his life other than count the other two as friends. When they drunkenly buy a lottery ticket with a collection of lucky numbers they’ve culled from nowhere, they’re stunned at first to find it’s actually a winner… but even more stunned when the fanny pack they tucked it into goes missing. Thus begins an adventure that seems to have come from the mind of Samuel Beckett, circling our heroes around and around in the desperate hopes that they’ll find the ticket.

Water Path for a Fish

In the middle of the night, Oscar chases a mysterious goldfish through a rampant adventure in a Latin American neighborhood where water is scarce.

Presented by the Film Society of Minneapolis St. Paul