Kirmen Uribe at the Virginia Festival of the Book

Due to increased concerns regarding COVID-19, the Virginia Festival of the Book has been canceled.

Kirmen Uribe joins authors Andrea Bobotis (The Last List of Miss Judith Kratt) and Curdella Forbes (A Tall History of Sugar) at the Virginia Festival of the Book to discuss their historical novels, tracing family stories and individual fates across the globe and over the course of various decades. 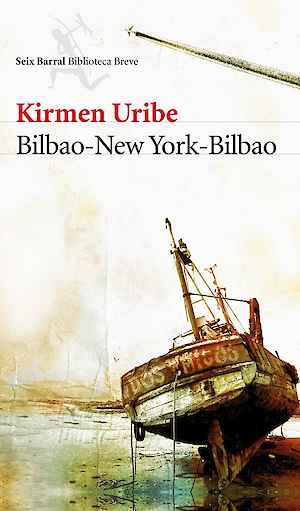 Uribe’s novel Bilbao–New York–Bilbao is set on a hypothetical flight that its narrator, one Kirmen Uribe, takes from Bilbao’s Loiu Airport to New York’s J.F.K. On the flight the writer contemplates his supposed novel-in-progress, which is about three generations of a family, his own, whose life is bound up with the sea.

Bilbao–New York–Bilbao is a novel with no conventional plot to speak of. Its structure is that of a net, and the knots of the net are the stories of the three generations as they intersect with crosswise stories and reflections on the twentieth century as it was experienced in the Basque Country.

Kirmen Uribe is a Basque language writer, and one of the most relevant writers of his generation in Spain. He won the National Prize for Literature in Spain in 2009 for his first novel Bilbao-New York-Bilbao. The novel has already been translated into more than 15 languages, including French (Gallimard), Japanese (Hakusui Sha) and English (Serenbooks).

His poetry collection, Meanwhile Take My Hand (Graywolf, 2007), translated into English by Elizabeth Macklin, was a finalist for the 2008 PEN Award for Poetry in Translation. His works have been published on several American publications such as The New Yorker, Open City or Little Star. In 2017 he was selected for the International Writers Program (IWP) in Iowa in its 50th anniversary, after which he won the NYPL Cullman Center Fellowship for the 2018-2019 course to writing his new novel.

The discussion will be followed by a book sale and signing.

Virginia Festival of the Book

Presented by Virginia Festival of the Book