Spanish journalist Cristina Morató presents the biography of a fascinating character –Lola Montes, a famous Flamenco dancer, who made a splash in Europe in the mid-19th century– and will also discuss the subject of forgotten traveling women. 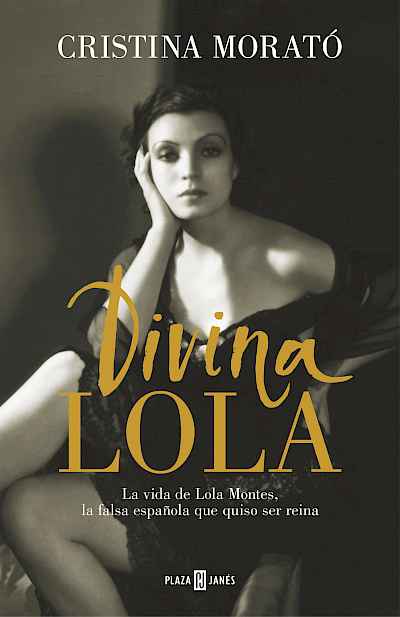 Lola Montes was a woman who reinvented herself and worked with what she had: a spectacular physique, a captivating beauty and a superb intelligence. She managed to reach the pinnacle of fame as a dancer, performing on the most important stages around Europe, despite not really knowing how to dance.

She socialized with the most famous politicians, writers, musicians, and aristocrats of the era including Alexandre Dumas, Liszt (the most popular musician of the period, with whom she had a torrid romance) and George Sand. King Ludwig I of Bavaria fell in love with her, made her a countess, and ended up abdicating for her.

After her adventures in Europe, she set sail for the United States, where she witnessed the gold rush, and then toured Australia. She was a legend in her time and for many years after.

Cristina Morató –journalist, reporter, writer and television director, was born in Barcelona in 1961, and studied journalism at the Universidad de Ciencias de la Información de Bellaterra (Barcelona). She has been traveling around the world with her camera for more than twenty years, with a particular focus on Latin America, Africa and Asia. She has visited more than forty countries, creating extensive cultural and anthropological feature stories in each one.

She is a Founding Member and current Vice-President of the Spanish Geographical Society. She also belongs to the prestigious Royal Geographic Society of London. In 2000 she decided to leave behind directing television shows in order to write books about the great female explorers of the past, whom history had forgotten. To date she has published the following titles: Viajeras intrépidas y aventureras (2001), Las Reinas de África (2003), Las Damas de Oriente (2006) and Cautiva en Arabia (2009), a thrilling biography of the Countess Marga d’Andurain, a French / Basque spy who lived in Syria in the 1930s and tried to reach Mecca.

In her recent book Divas rebeldes (2010)—which marked a new thematic phase in her writing—she shows the more human, less public side of some of the great 20th-century divas including Jackie Kennedy, Eva Perón, Maria Callas, Coco Chanel and Audrey Hepburn.

Organized by the General Consulate of Spain in New York, in collaboration with Porcelanosa and Plaza Janés Penguin Random House Groupe Editorial