This Spanish drama directed by Irene Zoe Alameda tackles terrorism, global commerce, and the struggles of citizens of the world who belong everywhere and nowhere. 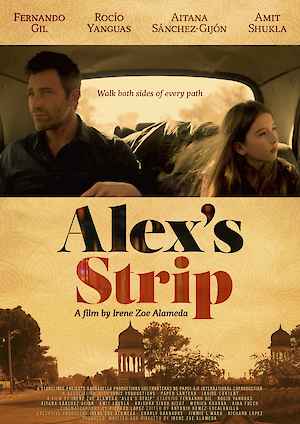 Alexandra, a 12-year-old teenager is reunited with her father, Alex, a Spanish merchant who has spent a long time in jail after being wrongly accused of terrorism. She accompanies him on a business trip to India, where an explosion threatens to separate them again when Alex is again accused of terrorism. Only the girl might be able to save her father.

The 9th annual Winter Film Awards International Film Festival runs February 20–29, featuring 79 films of all genres together with free discussion panels and workshops. The festival presents 11 animated films, 6 documentaries, 10 feature narratives, 11 horror films, 11 music videos, 22 narrative shorts and 7 web series, including filmmakers from 27 different countries. This non-profit organization celebrates the outstanding work of emerging filmmakers in all genres from around the world, with a special emphasis on highlighting underrepresented and marginalized artists. The event features a total of 45% of the films created by women and 53% created by or about people of color.