The Spanish band is back in the U.S. to present their new album, Somos.

Formed in Barcelona in the mid-’90s, the Latin rock outfit was the brainchild of guitarist and frontman Pau Dones, along with drummer Alex Tenas, bassist Joan Gene, and drummer Dani Forcada.

The band made their first big splash with its 1996 album La Flaca, the title track from which became the song of the summer in Spain in 1997. Determined not to be a one-hit wonder, Dones led his band through a series of successful releases over the next decade, including Depende (1998), De Vuelta y Vuelta (2001), Grandes Éxitos (2003), Un Metro Cuadrado (2004), and Adelantando (2007). In 2008, Jarabedepalo announced it was departing from its longtime record label, EMI Music Spain, and going independent. The band compressed the letters in its name and founded its own imprint, releasing, Orquestra Reciclando. After the tremendous success of ¿Y Ahora Que Hacemos?, the band presents his new album Somos, released on February 2014. 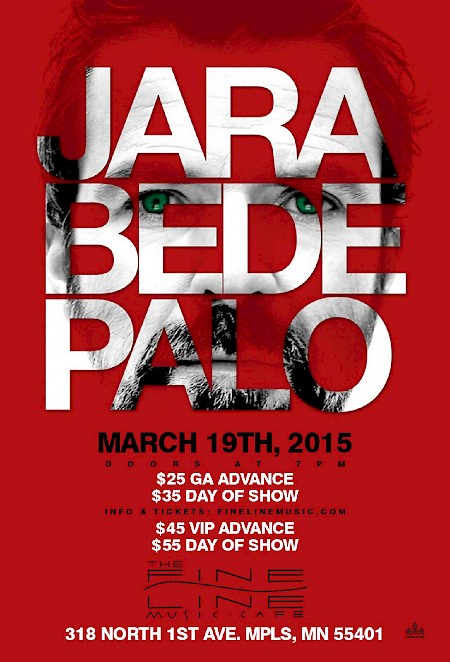