Now in its 9th year in Miami, this Seven Art showcase features appearances by leading figures in the Spanish film industry who have contributed significantly to putting “Made in Spain” productions at the vanguard of filmmaking worldwide.

Get her… If you can 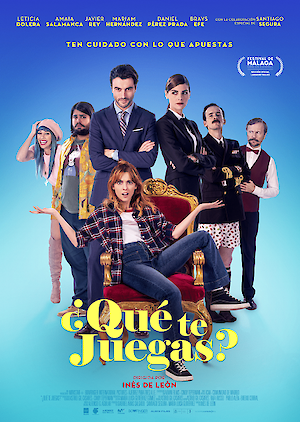 Does anyone want to bet that nothing is what it seems? Get her… If you can… is a comedy full of surprises about very different people who live in a world they don’t belong to. Starring Amaia Salamanca Leticia Dolera, Javier Rey, Brays Efe and Santiago Segura the plot is about glamour and luxury, where nothing its what you think at first sight. 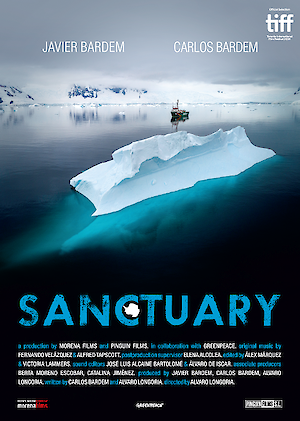 This is the story of a cause to create the world’s largest marine sanctuary in the Antarctic Ocean starring Javier Bardem and Carlos Bardem. On this journey we follow the two brothers, spokespersons for the Antarctic Sanctuary campaign, in their endeavor to raise the necessary awareness and support to make this initiative a reality.

The Lunnies and the Great Fairy Tales Adventure 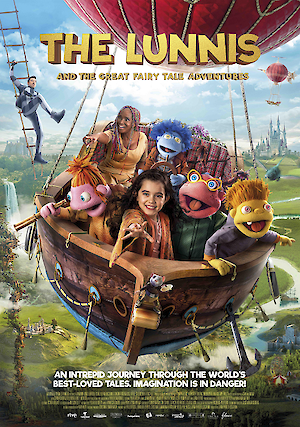 Imagination and the World of Fantasy are in danger. Mar, an eight-year-old little girl, who’s an expert in stories and legends thanks to the books read to her every night by her grandfather, decides she has to try and save them. With the help of her friends, the Lunnis, they will embark on a magical adventure to stop them disappearing. 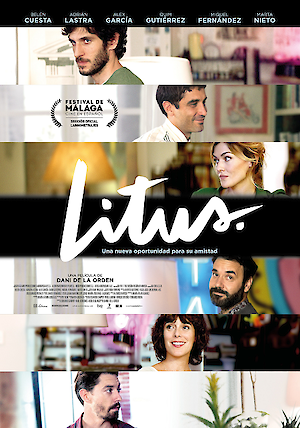 Litus is an invitation to reflect on life, relationships and our connections to those we hold most dear in life. After his brother Litus dies, Toni gathers together his close friends, who haven’t seen each other for a long time. Toni reveals some unexpected news: Litus left a farewell letter for each of them. What should have been an occasion to talk about their dead friend becomes the opportunity to find out deep secrets and feelings that had remained hidden for many years. 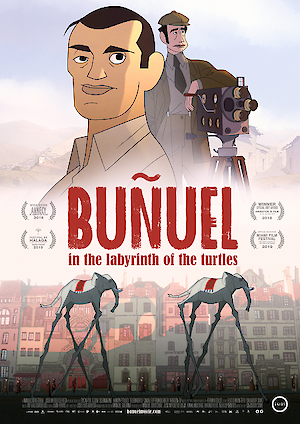 In a stranger-than-fiction tale befitting the master filmmaker, Buñuel in the Labyrinth of the Turtles tells the true story behind a fascinating episode in cinematic history, utilizing sensitive performances as well as excerpts from Buñuel’s filmography to present a deeply affecting and humanistic portrait of an artist hunting for his purpose. the film is a moving portrait of one of the world’s greatest artists at work. Winner of Best Film and Best Music at the 2019 Málaga Spanish Film Festival and nominated at the European Film Awards 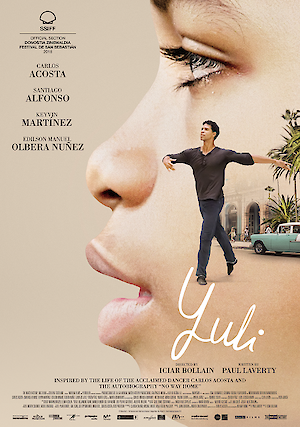 Yuri is the nickname given to Carlos Acosta by his father Pedro. From a young age, Yuli fled any kind of discipline and education, the streets of a run-down neighborhood in Havana was where he learned most of his schooling. But Pedro knows his son has natural talent and forces him to attend Cuba’s National Dance School. Against his will and despite his initial indiscipline, Yuli ends up being captivated by the world of dance, and from childhood he will begin to forge his own legend, as one of the best dancers of his generation, often breaking tabus and becoming the first black artist to dance Romeo in the Royal Ballet in London, where he forged a legendary career as a principal dancer for 17 years.

Presented by Instituto de la Cinematografía y de las Artes Audiovisuales (ICAA) of the Spanish Ministry of Education, Culture and Sport; Olympia Theater and EGEDA. With the support of the Cultural Office of the Embassy of Spain in Washington, D.C.