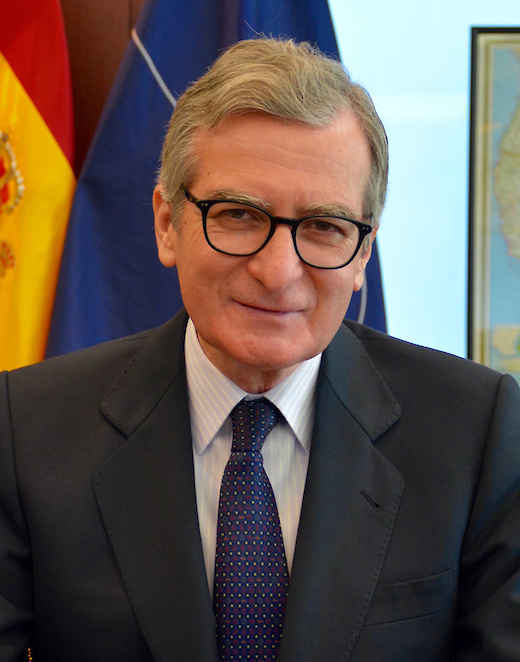 As Ambassador of Spain in Washington, I would like to congratulate SPAIN arts & culture on its tenth anniversary and to celebrate this publication, which illustrates the work carried out so far. This is also the perfect occasion to thank everyone who has ever worked at the Cultural Office from its inception, whether they are still working or have worked there in the past. Ten years have passed since this program was launched and it is certainly enough time to take stock of our work, a work that is as necessary as it is exciting, that of promoting our artists, creators and cultural industries in the United States.

Our historical and cultural ties with this country are strong, but there is no doubt that we must keep focusing on helping make our thriving and diverse culture better known in this country, to bring artists and creators from both shores into contact with each other and make our legacy known. The creation of SPAIN arts & culture and the subsequent opening of the cultural center in the Former Residence of the Ambassadors of Spain have undoubtedly made it possible to take a qualitative leap forward in this task.

This anniversary should help us realize how much has been achieved, and to focus on the work which has since been started. This task is not one that can be completed over a given period; rather, we should renew our efforts, adapt to the changing times, and continue to insist, with renewed spirit, on our commitment to make our culture known internationally, to offer an image of Spain in this country that reflects reality, and to strengthen our ties through culture, an essential tool.

—Santiago Cabanas
Ambassador of Spain to the U.S. 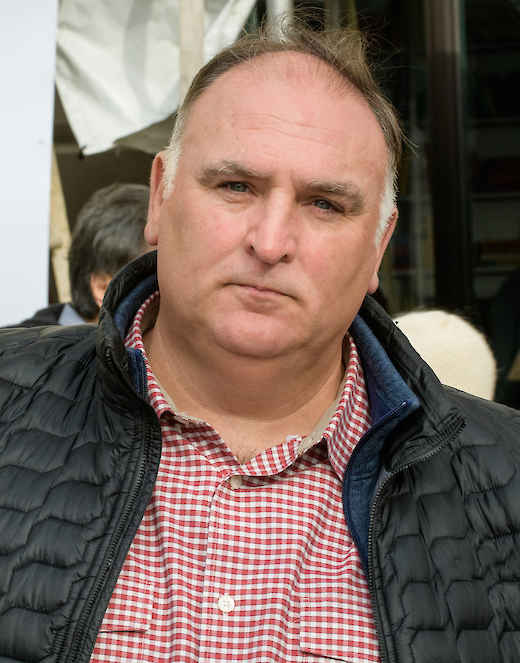 I would like to take this opportunity to congratulate SPAIN arts & culture on its tenth anniversary. Over the past ten years, I have had the opportunity of witnessing the birth of this project and the work carried out by the Cultural Office of the Spanish Embassy here in Washington, while also working with them on several occasions on many of the activities they have organized.

I believe that in order to support the Spanish cultural presence in this country, “the scale of which we are sometimes unable to fully measure,” it is crucial to preserve the continuity of projects such as SPAIN arts & culture, as they allow us to further develop programs and to bring our artists and creators in this country together and put them in touch with their local counterparts. Therefore, I wish they celebrate many more anniversaries like this one and that their activity here increases so that they can continue promoting the cultural diversity of our country in the USA. Happy Anniversary!

Ten years is nothing 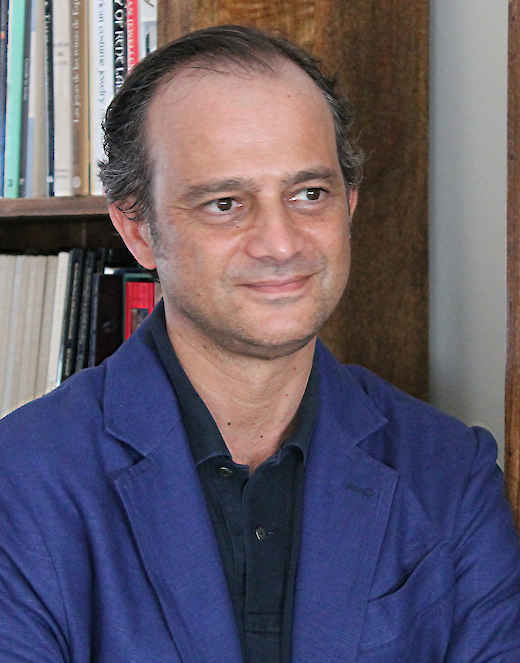 Twenty years is nothing… or so the famous Tango song says. So, ten is half of nothing, which at the same time is a lot, or at least enough to celebrate them as they deserve. And if said celebration is about a cultural project, then we may be treading on slippery grounds, as this is a complicated and uncertain domain where projects are usually discontinued, even though, paradoxically, continuity is an essential prerequisite for their success. SPAIN arts & culture was born ten years ago as an initiative of the then cultural Counselor in Washington D. C., Guillermo Corral, to provide Spanish cultural actions in the United States with an effective tool: a brand that would be able to bring together under the same umbrella all Spanish cultural activities in this country while making its own mark for the work carried out by the Cultural Office, presenting a contemporary image of Spain far from the most typical places.

With only three key components, this initiative has made great achievements in these ten years.

The first of these key components is the brand itself, SPAIN arts & culture, which is of key importance because of its comprehensive nature and because it is not limited to just one of the institutions dedicated to external cultural action. This brand in turn has two basic tools: a website and a physical catalogue. The design of both and of the brand itself was carried out by a then young studio named Toormix, which managed to imbue the product with the freshness and contemporary image the brand was seeking. And this freshness was maintained by Jacques Maes, who developed the spainculture.us Website in collaboration with Toormix, and continues to lead the digital development of the program to this day. Here, content and form came together, because there is no doubt that the way it was all presented contributed, in no small way, to conveying the image that was sought, that of a modern and culturally vibrant country, where institutional solemnity gave way to that freshness which perfectly reflected what was happening in Spanish culture. The printed program, a format that we have chosen in honor of our anniversary, which was later adapted to digital format and whose front covers were always entrusted to Spanish illustrators, was also a clear declaration of intentions. Both the website and the program contained all the cultural activities organized by the Cultural Office, as well as a selection of activities that were relevant to Spanish creators and cultural industries in the United States, thus providing a complete picture of that cultural presence.

The second key component of this project was the former residence of the Spanish ambassadors in D.C., converted into a cultural center which became the headquarters for the cultural office. This was no easy task, because this space needed a program and a renovation –which never happened– and was manned by the same office staff, whose dedication and skills could not magically multiply their number, like loaves and fish. A titanic effort was made to turn this space into a meeting place, which during this pandemic became an open-air exhibition space, and it was definitely worth the effort.

And lastly, the third element in this equation is the Spain-USA Foundation, the legal tool which provided the necessary budgetary flexibility to face all these challenges. This Foundation already existed before and was used, and is still used today, as an essential complement.

With all these elements in place –brand, website, program, building and foundation– SPAIN arts & culture was launched, and the work carried out by Guillermo Corral for five years was successfully continued by his successor, María Molina, who remained true to the spirit of the original idea. Throughout these years, several lines of work deserve to be highlighted, and they should definitely be developed further in the future. A quick glance at the pages of this book is enough to realize the scale and scope of what has been achieved, but I would like to highlight some general aspects, such as the creation of networks, helping put Spanish cultural professionals in contact with their American counterparts, through different programs and initiatives which have led to fruitful collaborations of all kinds, opening up such a powerful market as the American one for our creators.

Cultivating relations with local counterparts has been another constant endeavor, inserting Spanish creators in ongoing festivals and activities, thus making them known in the right venues where it is important to be present and where doors are open. And the third key aspect is that a special section was dedicated to the so-called urban culture, thus broadening the horizons of traditional art forms and opening up space for diverse manifestations.

At the beginning, I stated that the cultural world is a complex domain, where good ideas tend to be short-lived, due to the tendency to start an activity as if no one had done it before. This tendency ends up being a widespread evil, reinventing the wheel with amazing regularity, considering that the progress previously made is not valid. That is why we think this is an anniversary worth celebrating in a big way, putting all the candles on the cake, and hoping that this creature grows up healthy and robust. And hopefully, it will grow into a rebellious and defiant teenager, because that would mean that it has carried on fulfilling a role that is as exciting as it is complex: that of bringing our creators and cultural industries closer to this country that is almost a continent in itself, and which is also exciting and complex.

All that remains for me to do is to congratulate those who have worked on this project, the aforementioned Guillermo Corral and María Molina, and the rest of the team of our cultural office, who, despite being few in number like poet Walt Whitman, contain multitudes: Curro Tardío, Ernesto Coro, Ander López, Marta Pita, Cristina Ruiz, Xavi Ruiz, Jimena Paz, Ana Fernández, Berta Corredor, Ricardo Ávila, Sara Díez, together with many other collaborators and interns. Thanks to all of them this project is still running successfully today, and even after having been adapted to the circumstances of these strange times, it sill maintains its essence and passion. Let’s keep it up!

About the cover author

Pablo Delcan is a graphic designer and art director from Spain. He started his career designing book covers at Penguin Random House. He is a visual contributor to The New York Times and teaches at the School of Visual Arts. 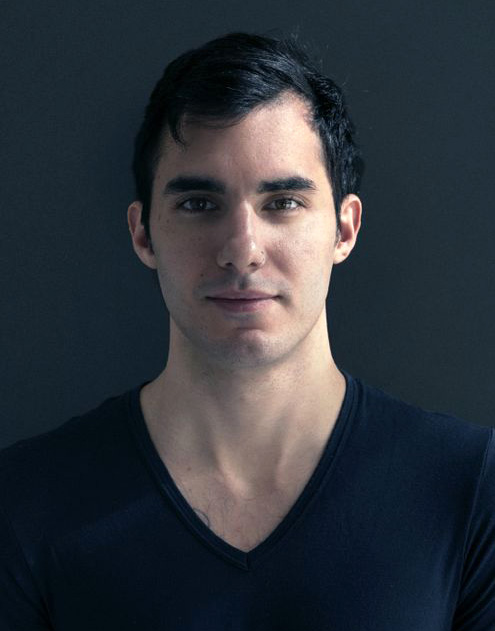