“The AFI Latin American Film Festival” showcases the best filmmaking from Latin America and celebrates Ibero-American cultural connections, with the inclusion of films from Spain and Portugal.

Now in its 33rd year, the AFI Latin American Film Festival is one of North America’s largest and longest-running showcases of Latin American cinema. With the inclusion of films from Spain and Portugal, the festival celebrates Ibero-American cultural connections during National Hispanic Heritage Month. 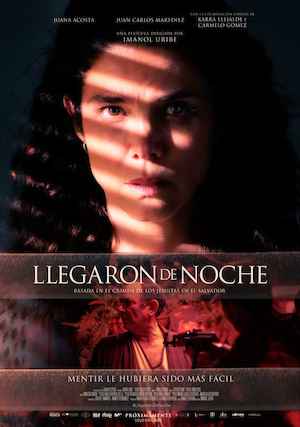 In this historical thriller, El Salvador-born Spanish filmmaker Imanol Uribe recounts the infamous 1989 assassination of six Jesuit priests at a university residence in San Salvador during the Salvadoran civil war of 1979–1992.

Inspired by Salvadoran writer Jorge Galán’s novel Noviembre, Uribe approaches the subject matter through the true story of Lucía Cerna, a housekeeper at the university and the only surviving eyewitness to the massacre. While the Salvadoran government immediately blames the guerrillas for the killing, Lucía knows she saw members of the army on that fateful night. When her knowledge threatens to undermine the official version of events, Lucía is forced to escape to the U.S. with her family, where she faces further interrogation and immense pressure from both the Salvadoran and U.S. governments to change her story. Pulled from all sides, Lucía faces an impossible choice between going public with the truth and protecting her family.

Presented by the AFI Silver Theatre. Still from What Lucía Saw.