Water on the Walls at By the People Festival

During the “By the People Festival” and as part of the program “Fair Water: A Right of All,” video art and film screenings aim to explore current water-related challenges from an artistic perspective.

Our most precious resource is presented through different stories in moving images, with video art and short film screenings by artists from Spain, including Isabel Coixet, Barbara Fluxá, Juanli Carrión, and Juan Zamora. 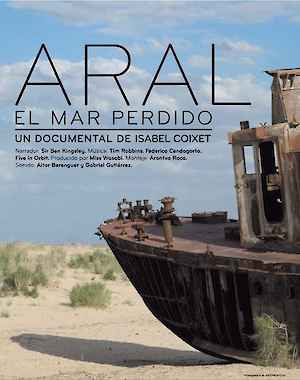 This documentary narrates the story of the Aral Sea and its drying up, one of the greatest environmental disasters in history. Between 1954 and 1960, the government of the former Soviet Union ordered the construction of a 500 km-long canal that would take a third of the water from the Amu Darya River for an immense area of irrigated land in order to grow cotton in the region. The increasing need for water, due to bad transport management and a lack of foresight and efficiency in land irrigation, meant that more water had to be diverted from rivers flowing into the Aral Sea. As a result, the Aral Sea began to dry up.

Swimming in the Desert 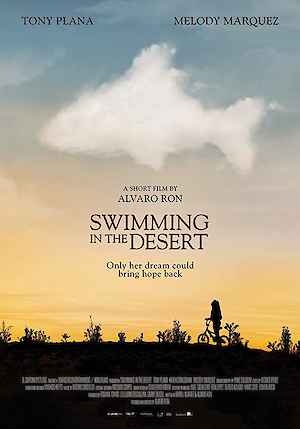 In the drought-stricken town of Agua Dulce, in the California High Desert, a ten year old girl challenges her grandfather, a cranky retired firefighter, to follow a crazy plan and bring the water back to the dry river.

Juan Zamora’s work focuses on issues related to human existence and nature from an ecological and anthropological perspective, emphasizing the importance of the integrity of ecosystem when considering human interactions with the environment. Zamora has worked as a professor at the European university of Madrid, the University of Irvine in California, Long Island University of New York, the Institute of Fine Arts of Cáli, just to name a few. His solo exhibitions have been displayed in important venues in Rome, Johannesburg, Cáli, León, and Lisbon.

Bárbara Fluxá is a graduate in Fine Arts from the Complutense University of Madrid and the London Institute of Art. Her work examines the interconnection between art, archaeology, and landscape. Fluxá was the recipient of several scholarships and grants, including a scholarship from Intermediae-Matadero Madrid, and grants from the Academia de España in Rome, among others. Her solo and group exhibitions have been displayed in Spain, Rome, Paris, Lima, and Dublin.

Juanli Carrión is a New York-based artist born in Yecla, Spain. He develops projects in collaboration with communities that respond aesthetically to the social, political, and cultural history of their sites, gathering people, actions, materials, information, and geography to reconstruct “the landscape” generated by its inherent conflicts to address social and environmental justice. His work has been exhibited internationally in important venues in Spain, the U.S., Mexico, Peru, Chile and India.

By The People is presented by Halcyon, a D.C.-based nonprofit that lifts up emerging creators and innovators, giving them the space, community, and access to realize bold visions to confront and solve 21st century problems. In 2018, Halcyon presented the first By The People Festival, a four-day arts and dialogue festival that reached tens of thousands of people across Washington, D.C. Halcyon’s programs are always evolving to reach new audiences and refine their approach to maximize impact, but the core idea remains the same: 21st century challenges will be solved by outside-the-box thinkers, and Halcyon is committed to building bridges, fostering community, and creating space that brings those thinkers to the forefront, nourishing their creativity.

This event is part of the Fair Water: A Right of All program.

Presented by SPAIN art & culture, By the People Festival, We Are Water Foundation, and the Mexican Cultural Institute. Image: Still from Aral. The Lost Sea by Isabel Coixet, 2010