The Orchid at #fivefilms4Freedom in DC

Screening of short film “The Orchid” directed by Ferran Navarro-Beltrán, as part of #fiveFilms4Freedom, the world’s first and largest digital LGBT film festival.

During October, which is LGBT History Month in the U.S., the British Council and partners across the the country are organizing screenings, panel discussions and stakeholder receptions showcasing the #fiveFilms4Freedom digital campaign.

#fiveFilms4Freedom is the world’s first and largest digital LGBT film festival, running now for 2 years across the world. #fiveFilms4freedom is a social media campaign and partnership between the British Film Institute and the British Council to promote equality and diversity, by encouraging people around the world to watch five short films from BFI Flare: London LGBT Film Festival. 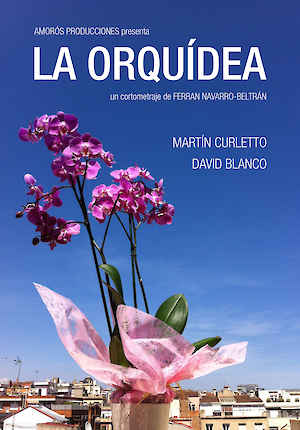 Sometimes the biggest conversations are forced onto voicemail. A surprising father-son tale played across an answering machine.

Presented by the British Council, the Scottish Government and NYU Washington, D.C.