The Insistence of Harm by Fernando Valverde

Fernando Valverde will present his latest work, “The Insistence of Harm,” in conversation with translator Allen Josephs at Union Market.

Born in Granada, Spain, in 1980, Fernando Valverde is widely considered one of the top young poets writing in Spanish today. Valverde is a leading figure in a movement of contemporary poets known as the Poetry of Uncertainty, and he has received some of the most significant awards for poetry in Spanish. 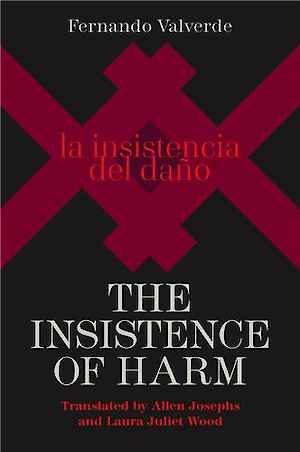 The bilingual edition of his book The Insistence of Harm introduces English-language readers to some of his latest work, a series of poignant lyric poems that takes readers from India to the Balkans to Spain and to Latin America, exploring the nature of “harm” in its various guises: war, disease, heartbreak, suicide. The poems grapple with both the reality of loss and the distance that language imposes on it.

The English translation by Allen Josephs and Laura Juliet Wood effectively captures both tone and content while attending to nuances of the original Spanish, bringing a new and important voice to students of Spanish and poetry readers alike. It joins the series Contemporary Spanish-Language Poetry in Translation, edited by Allen Josephs, funded by the University of West Florida.

Presented by Politics and Prose