Shedding new light on Hispanic Heritage attempts to delve into some aspects of the Hispanic influence spanning from the time of exploration through the 20th century, and explore future collaborations in the field of heritage protection. The program starts with opening remarks by National Park Service Director David Vela and Spanish Ambassador Santiago Cabanas to be followed by a conversation between Richard L. Kagan and Robert Goodwin about his latest book. 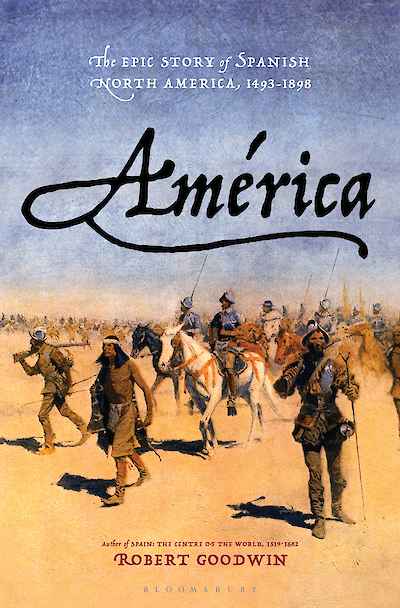 Robert Goodwin’s América is as much the story of how the Spaniards who first explored North America reported their adventures and told their tales as it is a history of the almost two-thirds of the modern “Lower Forty-Eight” that was once marked on European maps as part of the Spanish empire. In it you will meet such characters as the Royal Inca historian who wrote a quasi fictional account of the discovery of Florida while living in a tiny village deep in the heart of southern Spain, the general legal counsel to the expedition that finally settled New Mexico who wrote an epic poem about his adventures in imitation of Homer, or the swashbuckling figure of Bernardo de Gálvez who has been described as the great Spanish hero of American Independence.

Here too, you will meet the African explorer known to posterity simply as Esteban who was the first person from the Old World –indeed the first person in recorded history– to visit most of the territory that would eventually comprise, the southern slave states.

Dr. Robert T. C. Goodwin was born and educated in London and was awarded his PhD by the University of London for his thesis on Golden Age Spain. His first major book, Crossing the Continent 1527–1540: The Story of the First African-American Explorer of the American South, was published in 2008. He is currently a full-time writer and historian and is a Research Associate at University College. He divides his time between London and Seville.

Goodwin has been described as an author who writes about real historical events and people, but in a way that will appeal as much to readers who usually prefer novels as it will to habitual readers of history books.

Author of numerous books and articles, his most recent being The Spanish Craze: America’s Fascination with the Arts and Cultures of the Hispanic World, 1779-1939.

The evening will conclude with a reception party offered by the Cultural Office of the Spanish Embassy.