The AFI Latin American Film Festival celebrates Ibero-American cultural connections with the inclusion of films from Spain and Portugal.

Now in its 30th year, the AFI Latin American Film Festival is one of North America’s largest and long-running showcases of Latin America cinema. With the inclusion of films from Spain and Portugal, the festival celebrates Ibero-American cultural connections during National Hispanic Heritage Month.

Notes For A Heist Film 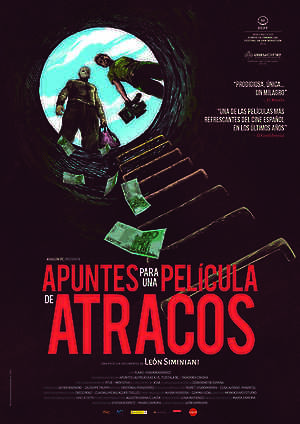 Elías León Siminiani’s latest film follows a documentary filmmaker who has always fantasized about making a heist film. After a thwarted Madrid bank robbery in 2013 leads to the arrest of notorious gang leader Flako, “Robin Hood of Vallecas,” he decides to contact the jailed bandit. Much to his surprise, he receives a reply and embarks on a friendship with the infamous heist-master. Blending video diary with animated sequences and archival footage, Siminiani crafts a stranger-than-fiction homage to the heist film.

Organized by AFI Silver Theatre and Cultural Center in collaboration with the Cultural Office of the Embassy of Spain. Photo: Notes For A Heist Film