On the occasion of Luis García Berlanga’s centennial, AFI Silver Theatre presents a retrospective of the filmmaker’s work, including a student film, some of the classics and a late-career box office smash.

Luis García Berlanga is one of the most outstanding directors in Spanish cinema history. His long and fruitful filmmaking career, his unmistakable identifying traits, his corrosive humor, and the way he directed some of Spanish cinema’s greatest classics of the twentieth century, make him more than worthy of this description.

2021 marks a hundred years since his birth, and with this series Luis García Berlanga Centennial, AFI revisits eight of his films that together pave a journey through his career and evolution as filmmaker. 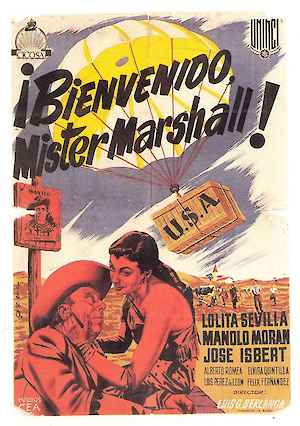 The Americans are coming! When Don Pablo, the mayor of a quiet Castilian village, learns that a retinue from the U.S. government is set to visit as part of the Marshall Plan, he enlists his constituents in organizing a lavish welcome worthy of Uncle Sam himself. After all, this visit will surely put Villar del Río on the map and solve all its economic and social woes.

“Considered a masterpiece of Spanish cinema, Welcome Mr. Marshall! sees Luis García Berlanga at his finest, skewering Spanish national identity (and America’s, to boot). Among the targets of Berlanga’s sardonic critiques are the Franco dictatorship’s isolationism; hollow patriotism; the conflation of Spanish culture as distinctly Andalusian (think: bulls and flamenco); and the church’s exceedingly exaggerated and moralistic sermons. It’s a wonder that the film made it past the Spanish censors of the time.” (AFI)

That Happy Couple (preceded by The Circus) 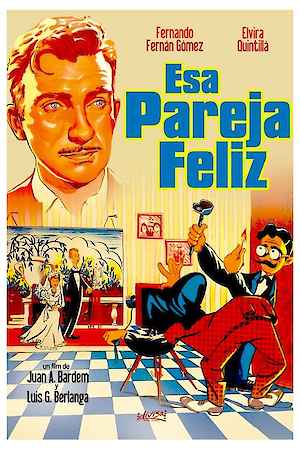 Juan, a disenchanted movie theater electrician, and Carmen, an idealistic seamstress, are a married couple living in postwar Spain, eager to improve their lot in life. Their dream comes true when a soap company selects them as the “the happy couple” for a day, showering them with lucrative gifts –but will these material possessions truly bring them the joy they’ve long sought?

The Circus (followed by That Happy Couple) 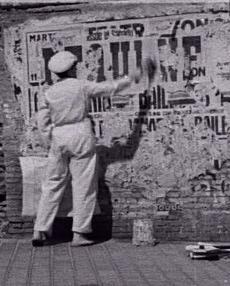 Madrid, 1949. An American circus comes to town, enthralling the residents with its enormous tent and entertaining performers, led by none other than Buffalo Bill.

“Produced during his third year of studies at the Institute of Cinematographic Research and Experimentation, The Circus is a microcosm of the themes Luis García Berlanga would explore throughout his career: an exploration of the idiosyncrasies of a certain time and place, and subtle criticisms of the Franco regime.” (AFI) 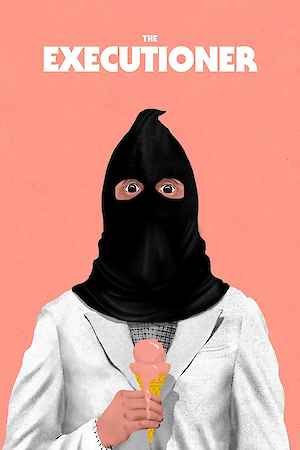 “This masterpiece of black humor, beloved in Spain but little seen elsewhere, threads a scathing critique of Franco-era values through a macabre farce about an undertaker who marries an executioner’s daughter and reluctantly takes over her father’s job so the family can keep their government-allotted apartment. As caustic today as it was in 1963, this early collaboration between Luis García Berlanga and his longtime screenwriter Rafael Azcona is an unerring depiction of what Berlanga called ‘the invisible traps that society sets up for us.’ A furiously funny personal attack on capital punishment, The Executioner evaded the state censors who sought to suppress it, and today is regarded as one of the greatest Spanish films of all time.” (The Criterion Collection) 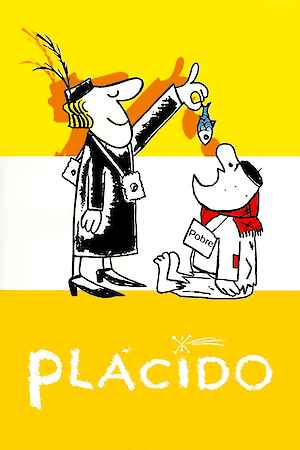 In a small provincial town, Plácido Alonso (Cassen, the great Catalan comedian) strives to keep his head above water and pay the bills. His luck improves when a group of “pious” women invites him to assist in their new Christmas charity campaign –titled “Seat a poor man at your table”– but they soon learn much more about the poorest townsfolk than they really wanted to know.

“False piety is taken to task in Luis García Berlanga’s hilarious comedy –his first collaboration with screenwriter Rafael Azcona. Plácido is as visually rich as it is funny, filmed in majestic long takes and elegantly blocked compositions, on par with the work of the great cinematic social satirists Jean Renoir and Ernst Lubitsch.” (AFI) 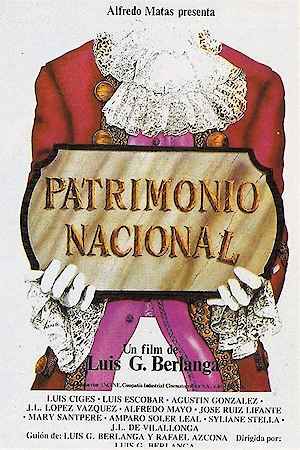 National Heritage is the story of the Marqués de Leguineche (Luis Escobar) who returns to his palatial estate in Madrid following the death of Franco. Eager to regain the aristocratic lifestyle his family lost long ago, the Marqués sets out to curry favor with the royal family but learns that much has changed with them –and Spanish society– over the years.

“Luis García Berlanga takes his sights off the hoi polloi and sets them squarely on the Spanish ruling class in this irreverent comedy, the second installment in a wildly popular trilogy (but each of the films can be enjoyed as standalone entertainment) that brought the critically acclaimed director a rare achievement: box office success.” (AFI) 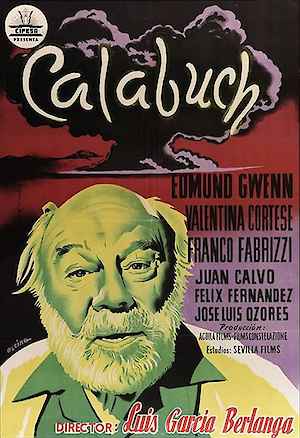 In Luis García Berlanga’s Calabuch, Academy Award®-winner Edmund Gwenn (Miracle on the 34th Street) plays an aging American atomic scientist fed up with his destructive work who retires in secret to the titular, peaceful Mediterranean village. There, he befriends the locals and enriches their lives with wondrous fireworks displays –until his photo appears in the newspaper and the army comes calling.

“Known for his biting and critical portrayal of provincial Spanish life, Berlanga here pays tribute to the good-natured spirit and community-mindedness of friendly country folk.” (AFI) 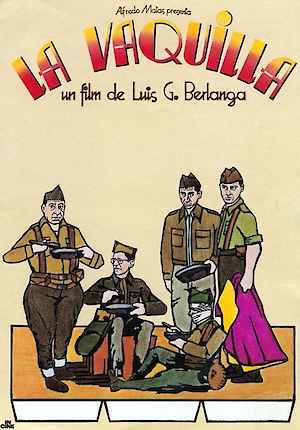 During the Spanish Civil War, the Nationalists and Republicans find themselves equally bored and famished along the Aragon frontline. When a nearby village announces a festival in celebration of their patron saint, which includes a fabulous bull run and banquet, the Nationalists find their spirits stirred. Meanwhile, the Republicans concoct a harebrained scheme to steal the bull, ruin the festivities and feed their own empty stomachs.

“Luis García Berlanga’s The Heifer is an uproariously funny send-up of the Spanish Civil War that took 30 years to get made (supposedly Franco himself saw an early script, and commented simply, ‘Too soon’), and then ended up being the biggest-budgeted film in Spanish cinema history.” (AFI)

As part of this series, a special screening of The Rocket from Calabuch will take place at the Former Residence of the Ambassadors of Spain on November 10 at 6:30 pm.