Basilio Martín Patino at The National Gallery of Art

This special program on Spanish filmmaker Basilio Martín Patino celebrates the 80th anniversary of the Spanish Republican exile and will be part of the National Gallery of Art’s film program.

Basilio Martín Patino (1930–2017) was a leading figure in the rise of the New Spanish Cinema (Nuevo Cine Español) of the 1960s. Keenly interested in the formal experimentation occurring in contemporary cinemas around the world, his early work met with severe censorship in Spain. Yet, with their distinctive documentary-like tone, location shooting, and found footage, his films were highly influential and won top awards in competition elsewhere.

As early as the late 1950s, Patino organized the landmark Conversaciones de Salamanca, a critical analytical forum for Spanish cinema, while in his filmmaking practice he became a pioneer of the satirical mockumentary form. This program of three works by Patino, shown in 35 mm prints, is presented in association with the Cultural Office of the Embassy of Spain on the occasion of the eightieth anniversary of the Spanish Republican exile and the end of the Spanish Civil War in 1939. 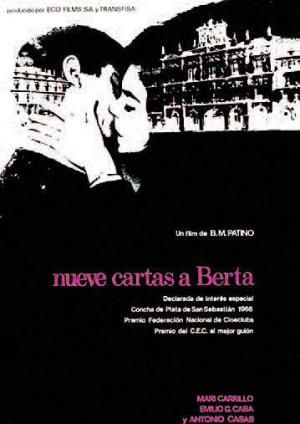 Through elegant letters written by a student in 1960s fascist Spain to a woman called Bertha, the daughter of a Spanish exile living in England, Nine Letters to Bertha explores the attitudes of a younger generation in Franco’s Spain trying to move forward but trapped in the past. The documentary-like aura and beauty of the location cinematography (the film was shot in Salamanca) betray a weariness but also a hope that Spain is moving toward modernity. Patino’s first feature became a symbol for Spanish youth and “the most emblematic film of the Nuevo Cine Español” (Casimiro Torreiro).

Songs for after a War 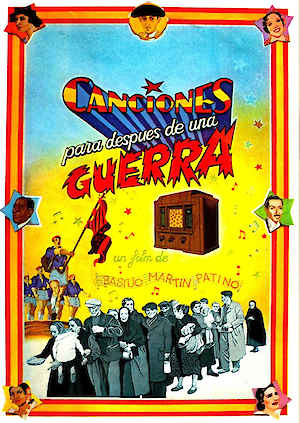 Songs for after a War is Patino’s masterful compilation film assembled from period newsreels, propaganda, photographs, and other documents –paired with popular songs, for a satirical edge– forming a mosaic of postwar Spain’s entrenched political realities from 1939 to the early 1950s. Censored and then banned, it was not screened in public cinemas until September 1976, a year after Franco’s death, when it enjoyed huge popular success. 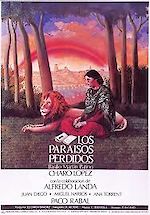 The daughter of a republican intellectual who died while in exile returns to her ancestral home in a village in Castile to take charge of her father’s legacy. Capturing the disenchantment of Spanish exiles who left their homes to protest Franco’s fascist regime, but who then returned to find that democracy had not made much difference, Patino based his narrative on his own life experiences. In a literary subplot, the daughter (who has been living in Germany) is also in the process of translating the German lyric poet Friedrich Hölderlin’s Hyperion into Spanish.

Presented by the National Gallery of Art in collaboration with the Cultural Office of the Embassy of Spain. Photo: Still from Nine Letters to Bertha