Spanish journalist and writer Francisco Reyero presents his book “And Bernardo de Gálvez entered Washington” at the Embassy of Spain in Washington, D.C.

On the occasion of the translation of the book Y Bernardo de Gálvez entró en Washington by Francisco “Paco” Reyero, the Spanish Residents Council (CRE) has organized a live presentation at the Embassy of Spain in Washington, D.C. 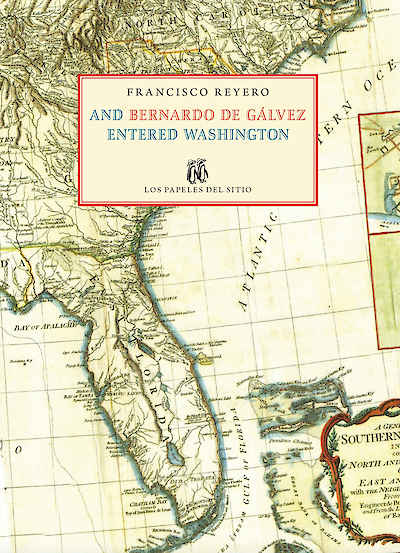 This new book by Spanish writer Francisco “Paco” Reyero tells about how Bernardo de Gálvez, the “little-known” Spanish hero of the American Revolution, has finally been recognized by the United States after more than two centuries of oblivion. An achievement due to the initiative of researchers and committed citizens on both sides of the Atlantic. George Washington himself acknowledged that the exploits of the then governor of Spanish Louisiana, a domain that extended from the Gulf of Mexico to Canada, were a decisive factor for the success of the ill-armed British colonists in their war for independence.

Bernardo de Gálvez is the most recent Honorary Citizen of the United States –a privilege enjoyed by only eight individuals, including Sir Winston Churchill and the Marquis de Lafayette. As Nancy Fetterman explains in the prologue, “because of Mr. Reyero’s detective work, this book shares the dedication of the numerous individuals who made this dynamic man more than a footnote in American history. That is the best part of this book. All of these dynamic ‘Friends of Gálvez’ from Spain and America enjoy the success of this uncommon 18th century Spaniard in our shared history. Much of that drama of writing to congressmen and governors, watching the newspapers, sharing the story, waiting and hoping was unknown until this book nally arrives and explains the various dialogues that went on for many years.”

Reyero (Seville, 1971) is a Spanish writer with a long and fruitful career linked to radio, press and television. Lately, he has worked in the American West as a correspondent for Radio Nacional de España. Before this research on Bernardo de Gálvez, Reyero published several successful works on American legends who had a pivotal relationship with Spain such as Sinatra: Nunca volveré a ese maldito país (Sinatra: I will never go back to that damned country, Fundación Lara/Planeta, 2015), about the crooner’s trips to Spain in pursuit of Ava Gardner during Franco’s dictatorship, and Clint Eastwood: Made in Spain (Eastwood: Desde que mi nombre me defiende, Fundación Lara/Planeta, 2017), on how the Californian actor found success filming Spanish spaghetti westerns.

Reyero admires old-fashioned journalists, those willing to mingle with life. He believes in jotting down handwritten notes on a pad and values those interviews made at hotel receptions or airport waiting rooms. He doubts that computers will ever substitute a friend’s heart.