“Alberto García-Alix. The Shadow Line” is a documentary about the one of the most relevant photographers of the Spanish artistic scene, representing a whole generation of creators. 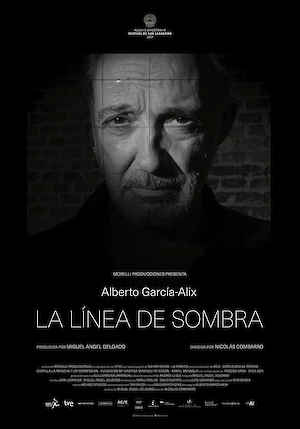 Alberto García-Alix. The Shadow Line is a portrait of one of the most important Spanish photographers of the past fifty years. Emerging in the mid-1970s as one of the key figures of his artistic generation, and of La Movida Madrileña, the countercultural movement that transformed Spanish culture in the 1980s, García-Alix’s work is distinguished by its rawness, emotional honesty, and unflinching depictions of transgressive behavior.

García-Alix is an artist whose life has been every bit as remarkable and unrestrained as his work, a dynamic that is illuminated in the film thanks to the longstanding relationship between the photographer and Nicolás Combarro, an artist and filmmaker who has worked closely with García-Alix on various projects over the past 15 years.

García-Alix is internationally celebrated, but there is a side to him that is hidden from the public. Here however, acting as first-person narrator, both on-camera and as an off-screen voice accompanying his own photographic images, García-Alix provides a more intimate glimpse into his life and his approach to his work. Proving to be an extraordinary storyteller, he sheds light on his art, his generation, and on the sometimes tragic experiences he has navigated during his life. Ultimately his story is one of survival, of overcoming, and of light in the face of shadows.