The AFI European Union Film Showcase continues its tradition of bringing the best in European cinema to Washington, D.C.-area audiences. 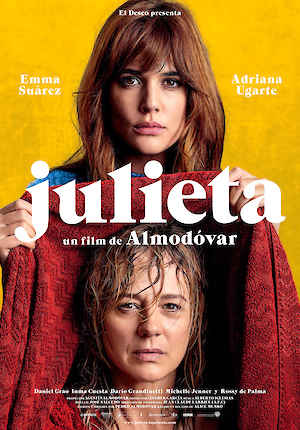 Julieta lives in Madrid and has just lost her husband Xoan. Her daughter, Antía, has just turned 18 and decides to run away. Julieta searches by all means to find her, but the only thing she discovers is how little she knows her daughter.

Julieta talks about inevitable destiny, a guilt complex, the unfathomable mystery which makes us abandon the ones we loves, wiping them out of our life as if they had never meant anything to us. And about the pain this abandonment causes in the victim.

Presented by AFI Silver Theatre in partnership with the Delegation of the European Union Delegation in the United States.