The Light of Hope at the Seattle Jewish Film Festival

The Seattle Jewish Film Festival presents 11 days of films on Jewish and Israeli life, history, complexity, and culture, including “The Light of Hope” by Sílvia Quer.

The Light of Hope 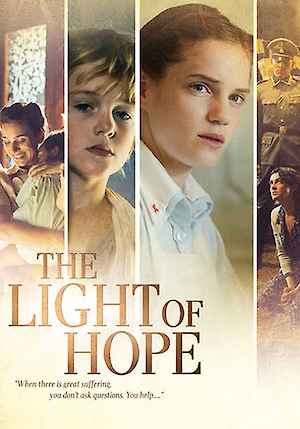 In the early 1940s, refugees from all over Europe sought shelter in the south of France on the northern Catalan Spanish border, fleeing persecution from the Nazis and Franco’s regime, and the horrid conditions of the Vichy camps and Spanish Civil War. Among them were countless pregnant women and their little children. The internment camps offered these families little to no medical attention nor protection from the cold. Enter young Red Cross nurse Elisabeth Eidenbenz, who transformed an old villa into a birth clinic to save hundreds of mothers and children from certain death.

Founded in 1995, the Seattle Jewish Film Festival (SJFF) is an annual, 11-day and year-round cinematic exploration and celebration of global Jewish and Israeli life, history, complexity, culture and film for everyone. SJFF is the largest and most highly anticipated Jewish event in the Pacific Northwest and a mainstay in the Seattle arts calendar, attracting approximately 7,500 diverse patrons annually to the festival and garnering international acclaim. SJFF showcases the best international, independent and award-winning Jewish-themed and Israeli cinema, enhanced by educational, family, social, performing arts and year-round programming. In September 2012, SJFF became a program of the Stroum Jewish Community Center and a vital part of its year-round Cultural Arts programming. SJFF brings people together to inspire learning and new perspectives by showcasing the diversity of Jewish / Israeli cinema.

There is no other event scheduled in Seattle.