The United Nations Association Film Festival 2018 presents ten days of films and documentaries on human rights from all over the world, including two films with Spanish participation: “The Goddesses of Food” and “I’ve Seen So Much.”

Running October 18-28, this year’s UNAFF (United Nations Association Film Festival) theme Tomorrow? continues the Festival’s two decades-long celebration of the Universal Declaration of Human Rights, emphasizing the complexity of our current moment and exploring possible paths emanating from it into the future.

UNAFF was founded in 1998 by Stanford educator and film critic Jasmina Bojic in conjunction with the 50th anniversary of the signing of the Universal Declaration of Human Rights. As one of the oldest solely documentary film festivals in the U.S., UNAFF has grown and earned the respect of audiences and filmmakers alike for its independence and integrity. In addition to providing early outlets for films, many of which later went on to win major awards and accolades, UNAFF prides itself in creating a community forum with year-round programs for discovery and dialogue about different cultures, issues and solutions.

Over the years UNAFF has screened some of the most awarded and talked about documentaries in the industry, including seven that went on to win Academy Awards and thirty that were nominated.

The Goddesses of Food 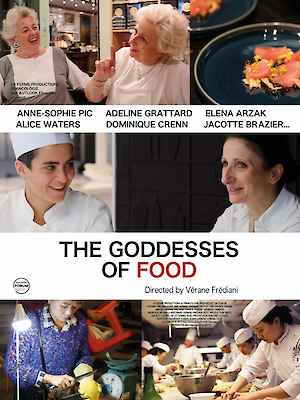 In the male-dominated food universe, discover the women changing the game on all levels. The Goddesses of Food presents the best female chefs, including multi-Michelin star chefs Dominique Crenn and Barbara Lync, and introducing rising new stars and those making incredible food in all corners of the world. In this global journey exploring the female strength in gastronomy, prominent chefs and journalists investigate what holds women chefs back in the modern world of cuisine, and what needs to be done to change the way women in the food industry are viewed. Featuring Michelin chefs, sommeliers from the U.K., the U.S., France, Italy, and Spain.

I’ve Seen So Much 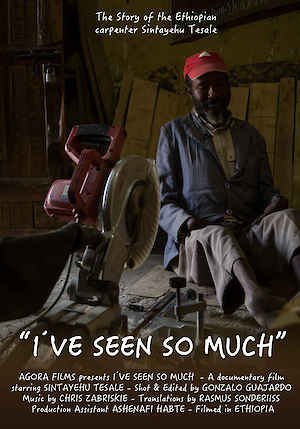 Sintayehu Tesale is an Ethiopian carpenter; an inspiring person who leaves a mark on you when you meet him. He is persevering, he is positive, he boosts your strength, he encourages you to stand up. He is, in summary, a motivational person. Maybe, part of this strength comes from his own struggles, from his own experience, from the fact that he is one of the few carpenters in the world who does not use his hands, but his feet, due to an undiagnosed disability.