Based on a graphic novel and short film by Alberto Vázquez, the film is a darkly comic and haunting tale of coming of age in a world gone to ruin.

The Digital Gym Cinema, owned and operated by Media Arts Center San Diego, is a non-profit movie theater which screens foreign and independent movies that would otherwise never be shown in San Diego. 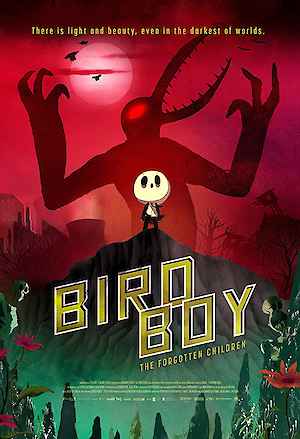 There is light and beauty, even in the darkest of worlds. Stranded on an island in a post-apocalyptic world, teenager Dinky and her friends hatch a dangerous plan to escape in the hope of finding a better life. Meanwhile, her old friend Birdboy has shut himself off from the world, pursued by the police and haunted by demon tormentors. But unbeknownst to anyone, he contains a secret inside him that could change the world forever.

There is no other event scheduled in San Diego.