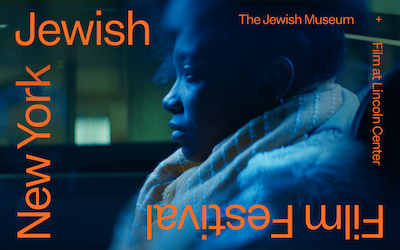 The 31st annual New York Jewish Film Festival presents films from around the world that explore the Jewish experience. This year’s Festival presents narratives, documentaries, and shorts in a hybrid format, with some screenings occurring in person at the Walter Reade Theater, and some presented virtually.

Highlights include Mano Khalil’s drama Neighbours, which tells the story of a young Kurdish boy in a Syrian border village and his friendship with a Jewish family; Rose, by Aurélie Saada, focusing on a 78-year-old Parisian woman, played by iconic French actress Françoise Fabian, who rebels against ageist and sexist stereotypes to reinvent herself; and a tribute program, curated with filmmaker Lisa Collins, to film historian Pearl Bowser, who worked at the Jewish Museum in 1970 on a landmark film series called The Black Film.

The Spanish island of Mallorca has a long history of Jewish persecution, from the coerced baptisms that forced holdouts to keep their faith a secret (“crypto Jews”) to the Inquisition of the 15th century to the “auto-da-fé” rituals of the late 1600s, where Jews were publicly burned at the stake. The Xuetas are their heirs, bearing 15 surnames associated with Judaism and stigmatized accordingly. Forced to intermarry and divested of basic rights, their ordeal has long been compounded by a taboo against broaching the past, requiring them to internalize their trauma.

Filmmaker Dani Rotstein, an American Jew, became fascinated by the heritage of these descendants, who’ve managed against all odds to influence the island’s culinary and commercial character. In Xueta Island, Rotstein and his co-directors ponder the current state of Judaism on Mallorca and reasons for optimism about the future.

Organized by Rachel Chanoff, Lisa Collins, Indigo Sparks, and Aviva Weintraub, with Dennis Lim and Dan Sullivan as advisors, and with assistance from Ana Maroto.