In this online celebration of “World Book Day,” a selection of contemporary Spanish authors will read samples of their own works from their homes.

Join us for our #WorldBookDay: Contemporary Readings from Spain on Instagram and Facebook on April 23 from 9 am to 7 pm for a Spanish literary experience.

Libraries may be closed, book fairs canceled, but as we all know, “where there’s a will, there’s a way,” and together we will find our own precious way to celebrate World Book Day during these odd times.

On Thursday, April 23rd, some of the great Spanish authors who have visited us these last years will join our digital platforms to share readings of their own works with all of us. A dozen voices will read in English, Spanish, Galician, Catalan, and Basque to honor the diverse world of literature in Spain from home: 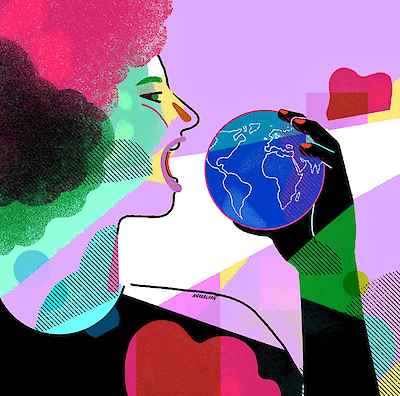 Ana Galvañ is an illustrator and a comic creator from Murcia, a town in the south of Spain. Her work has appeared in publications coordinated by Fantagraphics, Nobrow, Ultrarradio, Vertigo DC, Off Life, Autsáider, Apa-Apa and Fosfatina. Recently, she has published Tarde en McBurger’s, a 64-page story published by Apa Apa cómics. 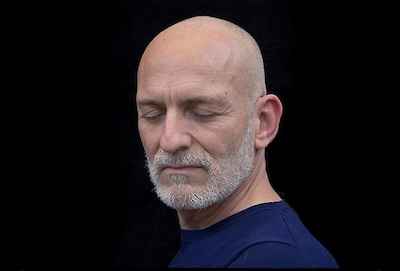 Alejandro Palomas was born in Barcelona in 1967. He studied English philology and has a Master’s degree in Poetics from the New College of California in San Francisco. He began by translating classic works in English until he crossed over to literature. He has written novels such as El secreto de los Hoffman and El alma del Mundo, but his greatest success has been in children’s books: Un hijo –the second book in the trilogy Una Madre (A Mother), Un Hijo (A Son) and Un Perro (A Dog)– won the National Children’s and Young Adult’s Literature Award in 2016. In 2018, his novel Un amor, was awarded with the Nadal Literary Award. 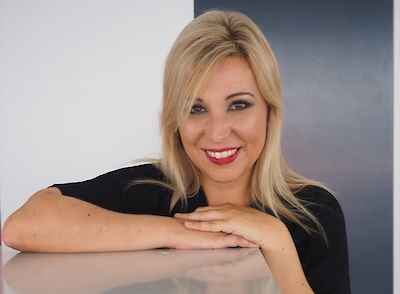 Inma López Silva is a Galician writer, theatre critic and columnist for several newspapers. She holds a doctoral degree in Philology from University of Santiago de Compostela and is a graduate of Theatre Studies at the Sorbonne. Her debut novel Snow in April was published in 1996, when she was 18. Since then, she has been recognized by readers and critics alike and her books have been translated to several languages, which include Concubines (Xerais Novel Award 2002), I Don’t Want to Be Doris Day (2006), Memoir of a City Without Lights (Blanco Amor Award 2008, Arcebispo San Clemente Award, Association of Writers in Galician Award), Back When We Were Bad (Best Galician Novel of 2017), and the feminist essay Call me “Ms.” but treat me like a “Mr.” (2018). The Daughter’s Book, her most recent novel, has been published in February 2020. 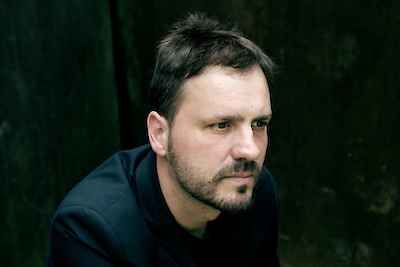 Kirmen Uribe is a New York City-based Basque language writer, and one of the most relevant writers of his generation in Spain. He won the National Prize for Literature in Spain in 2009 for his first novel Bilbao-New York-Bilbao, which has been translated to more than fifteen languages. His poetry collection Meanwhile Take My Hand (Graywolf, 2007), translated into English by Elizabeth Macklin, was a finalist for the 2008 PEN Award for Poetry in Translation. His works have been published on several American publications such as The New Yorker, Open City or Little Star. He was selected for the 2017 International Writers Program (IWP) in Iowa in its 50th anniversary, and for the 2018-2019 NYPL Cullman Center Fellowship. Currently he is a Weiss International Fellow at Barnard College, where teaches a seminar about XXI Century World Literature. 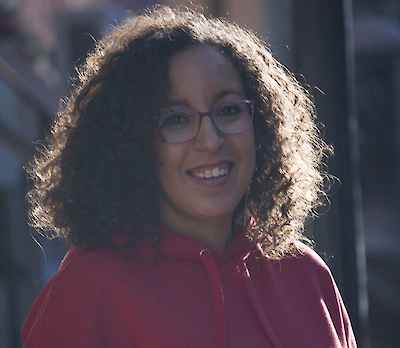 Najat El Hachmi was born in Morocco in 1979 and moved to Spain in 1987. She has a degree in Arab Studies from the University of Barcelona. Her first novel L’últim patriarca (Planeta, 2008), won the Ramon Llull Prize 2008 and the Prix Ulysse, and was a big bestseller translated into 11 languages up to now. It was followed by the novels La caçadora de cossos (Columna-Planeta, 2011) and La filla estrangera (Edicions 62, 2015), winner of the BBVA Sant Joan Novel Award and the Ciutat de Barcelona Catalan Fiction Award, and Mare de llet i de mel (Edicions 62, 2018), all of them international bestsellers. Her latest published work is the feminist essay Sempre han parlat per nosaltres (Edicions 62, 2019), published simultaneously in Catalan and Spanish. 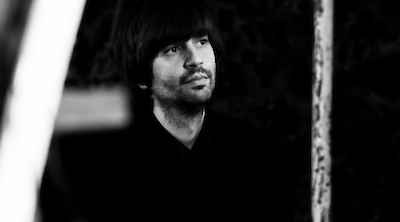 Born in Granada, Spain, in 1980, Fernando Valverde is widely considered one of the top young poets writing in Spanish language today. His books have been published in different countries in Europe and America and translated into several languages. He has received some of the most significant awards for poetry in Spanish, among them the Federico García Lorca, the Emilio Alarcos del Principado de Asturias and the Antonio Machado. His last book, The Insistence of Harm, has been the most-sold book of poetry in Spain for months and has received the Book of the Year award from the Latino American Writers Institute of the City University of New York. He directs the International Festival of Poetry in Granada, and is currently a professor in the University of Virginia (Charlottesville, EEUU). 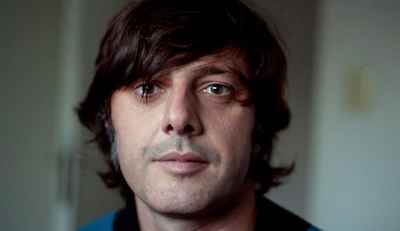 Andrés Barba (Madrid 1975) is the author of more than 15 books of literary fiction, essay, poetry and the winner of prizes like Torrente Ballester prize, Juan March, Anagrama or Herralde Prize for fiction. His books have been translated into 20 languages, and was selected by Granta magazine as one of the best young Spanish novelists. Among his titles, available in English, are: Such Small Hands (Transit Books), The Right Intention (Transit Books), Rain over Madrid (Hispabooks), August, October (Hispabooks) and A luminous Republic (Granta and Houtghton Mifflin Hartcourt). He is currently at the Cullman Center of the NYPL working on a biography of the architect Rafael Guastavino. 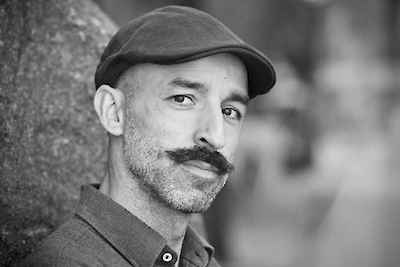 Jesús Carrasco was born in Badajoz, Spain, and now lives in Edinburgh, Scotland. Out in the Open (Intemperie), his debut novel, was a huge bestseller in Spain, published in more than twenty-one countries, and is the winner of many international awards, including the European Union Prize for Literature 2016 and an English PEN award. 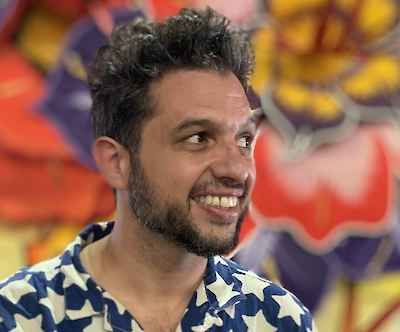 José Fragoso is a children’s books author and illustrator. He just moved back to his hometown Madrid after ten years in the United States, where he’s been the illustration teacher at Instituto Cervantes New York and Chicago or the United Nations International School NY, among others, and the in-house illustrator at Picture Farm production in Brooklyn. His books have been published in Spain, United States or Mexico by publishers as Scholastic, NubeOcho, Narval, Penguin Random House, Alfaguara or Canica Books, and his illustrations have appeared in publications such as 3x3 Magazine or Creative Quarterly. He is a member of the Society of Illustrators and the Society of Children’s Books Writers and illustrators. 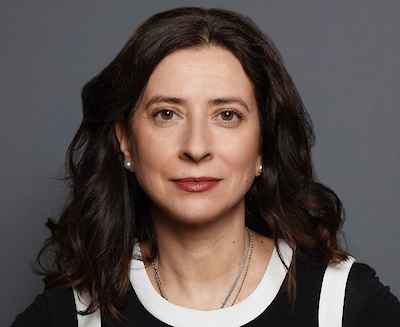 Ana Merino, winner of the Nadal Award 2020 for her novel El mapa de los afectos, is a Full Professor of Hispanic Studies and the 2016 Collegiate Scholar at the University of Iowa, where she created the Spanish MFA program in 2009. She has published nine books of poems, including Juegos de niños (winner of the Fray Luis de León Prize in 2003 & translated into English and published by Harbor Mountain Press in 2012), Compañera de celda (2006) (translated into English and published by Harbor Mountain Press in 2007), Curación (Accésit Jaime Gil de Biedma Prize, 2010), El viaje del vikingo soñador (2015) and Los buenos propósitos (2015). She is also the author of a youth novel, a children album, and four plays. Merino has written extensive criticism on comics and graphic novels, and has curated four comic book exhibitions. 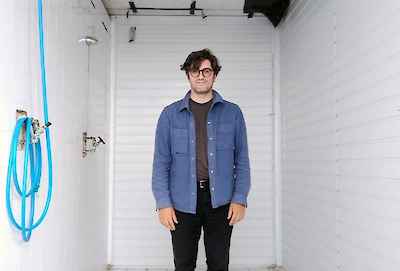 José Quintanar is an artist working on narrative drawings, comics, and books. He has released several full-length graphic novels and artists’ books including Conociendo a Jari, Grundfunken, Fartlek and Culto Charles. His drawings have been published in The New York Times, Nieves, Vice, Esquire, kuš! Komikss, Fulgencio Pimentel, Editions Misma, Fosfatina and many more. His work has been exhibited in galleries in New York, Paris, London, Rotterdam, Madrid, Porto, and Berlín. Quintanar is also a professor at Willem de Kooning Art Academy of Rotterdam, The Netherlands, and a Ph.D. Student at Universidad Politecnica Madrid, where he researches narrative structures and artists’ books. Recently, his short stories have appeared in several issues of Now: The New Anthology, from Fantagraphics.