Due to the current situation caused by COVID-19, Spanish Cinema Now+ films will be presented as free online screenings. Registration is limited, so make sure to get your tickets! An hour before the start of each screening, you will receive an email with a Vimeo link and password (be sure to check your junk/spam folders) to access the films. The listed times are in Eastern Daylight Time (UTC -04:00).

Spanish Cinema Now is an annual festival of outstanding new films that reflect the breadth of styles and talents at work in Spain curated by the AFI Silver Theatre and the Cultural Office of the Embassy of Spain, through its cultural program SPAIN arts & culture. Every year in June the AFI Silver Theater hosts the film series Spanish Cinema Now. Its fourth edition will take place June 4-7, 2020, and will feature a selection of the latest outstanding films from Spain.

Pablo Berger is one of Spain’s most acclaimed international film directors. After receiving his MFA in Film from New York University, Berger’s short film Truth and Beauty was nominated for the Film Schools Emmys. His debut feature film Torremolinos 73 (2003) was a local box office hit and premiered at the Malaga Film Festival, winning Best Film, Best Director, Best Actor and Best Actress, and received prizes in many international film festivals. His second feature, the Spanish/French coproduction Blancanieves (2013), premiered at the Toronto Film Festival and won over 100 awards worldwide, including ten Goyas, Special Jury Prize at the San Sebastian Film Festival, nominations for Best Film and Best director at the European Film Awards, a César Awards nomination for Best Foreign Film, and selection as Spain’s Oscar entry for Best Foreign Language Film. His latest film Abracadabra (2017) was also a box office hit in Spain. Abracadabra was finalist for Spain’s Oscar 2018 entry and was nominated to eight Goya Awards. Pablo Berger is Knight of the Order of Arts and Letters of France.

For this edition of Spanish Cinema Now+, I have selected three independent productions, almost produced outside the film industry. Three original, groundbreaking and above all thematically and formally surprising films. STEP RIGHT UP… you won’t regret it! 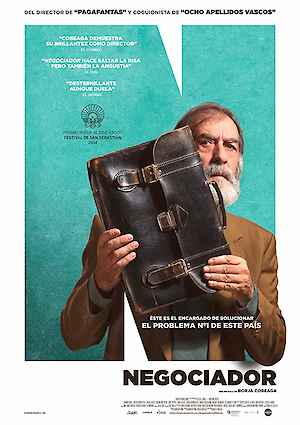 Negociador is a comedy by Spanish filmmaker and screenwriter Borja Cobeaga based on the negotiations held between the Spanish Goverment and ETA in 2005. Manu Aranguren is a Basque politician who becomes the Spanish government’s intermediary in the negotiations with terrorist group ETA. Nothing goes as expected, slip-ups and misundertandings leave the personal relationships of the negotiators as key to solve the conflict.

Is there a line to cross in comedy? Negociator is a radical dramedy about the terrorist group ETA. Full of truth, pain… and laughs. 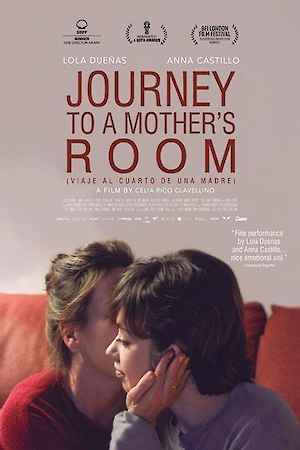 A round-the-world trip of a mother and her daughter without leaving their house. A giant small movie. After watching it, you will call your mother… wanna bet? 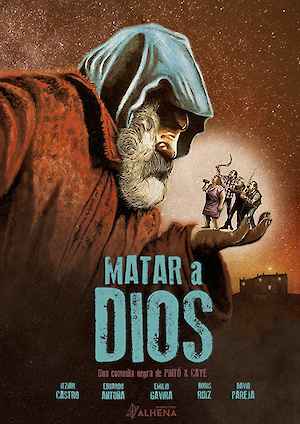 Matar a Dios is the debut feature film of the screenwriters and filmmakers Caye Casas and Albert Pintó. On New Year’s Eve in an isolated house in the middle of the woods a family receives the visit of a mysterious man that claims to be God and threatens to exterminate the human race. Only two people will be saved, and the family have been chosen to pick these two survivors. Who would you save?