The Meadows Museum presents the online screening of “Hassan’s Way” by Fran Araújo and Ernesto de Novar, accompanied by a lecture by Dr. Constantin C. Icleanu. 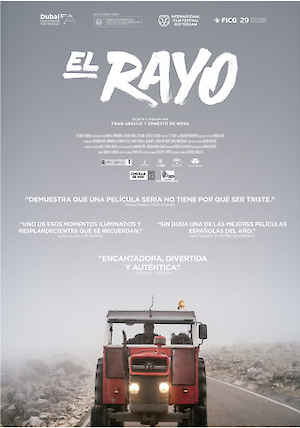 After thirteen years in Spain, Hassan Ben Oudra is jobless and decides to go back home to Morocco. He invests all of his savings in a secondhand tractor to earn a living in his country, and then uses it to travel to his homeland. This journey is based on a true story, played by the same person on whom the story is based. In the likeness of a road trip film, Hassan travels from town to town while dealing with the challenges of his plight. He faces and overcomes multiple obstacles and his story turns into a real odyssey.

Movies with the Meadows pairs scholar and screen; registration includes a link to stream the film at your leisure March 1-5 and a link to a live Zoom talk on March 4 to explore the film in more depth with a scholar:

Presented by the Meadows Museum. Image: Still from El Rayo