The Washington, D.C. International Film Festival (Filmfest DC) presents its 35th anniversary edition. This year’s selection comprises a lineup of 60 new films from 35 countries over 10 days. Most of the festival will be presented virtually allowing you to enjoy these films from the comfort of your own home. Filmfest DC continues to offer the best in world cinema. 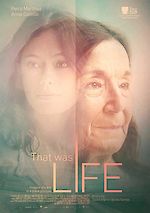 The first fiction feature by documentarist David Martín de los Santos is a coming-of-age tale about a woman in her seventies. María (Petra Martinez is a 76 year-old Spanish woman living in Belgium with her taciturn husband in a nest long since emptied. When a heart attack sends her to the hospital, she meets a young patient, Verónica (Anna Castillo), who teaches her to smile a little, then to smoke, and finally to pay attention to her own desires. The quest takes her back to Spain—the source of her repression in the Franco years of her upbringing—and to the rough backwater that produced the rebel Verónica. 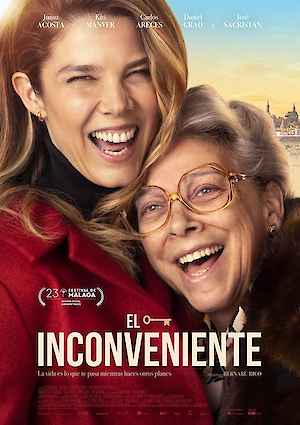 A comedy set in Seville pits two selfish women of different generations against each other in that city’s overheated housing market. As she nears the end of her life, Lola Cruz (veteran actress Kiti Mánver, familiar to Pedro Almódovar fans) negotiates the sale of her apartment to a buyer willing to wait to take possession until Lola passes. The buyer, Sara Palacios (Juana Acosta), being a life insurance executive, is no stranger to monetizing death nor waiting for it, so the arrangement works for a while. But hard-drinking, pot-smoking Lola defies the actuaries; she just won’t die, putting Sara’s planned renovations –to her palacio, to her life– on hold. 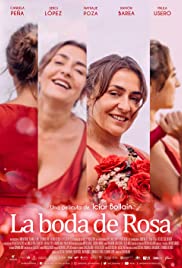 A busy backstage costume seamstress who is always on call, Rosa, at almost 45, is also the thread that holds the fabric of her loving but hapless family together. Rosa believes her dreams –including reopening her late mother’s long-shuttered dressmaking shop– will only be realized if she makes a commitment to herself. To that end, she invites her siblings and aging father to an intimate beachside marriage ceremony.

Organized by Filmfest DC. Photo: Still from That Was Life by David Martin de los Santos