In its 33rd year, the “AFI European Union Film Showcase” continues its tradition of bringing the best in European cinema to our audiences, and this year will take place online for the first time. 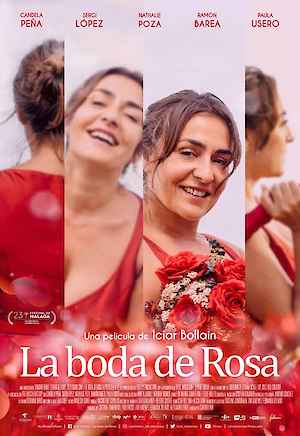 Veteran actress and director Icíar Bollaín crafts this comedy of self-realization starring Candela Peña as Rosa, the dependable mainstay, underpaid employee and selfless family member who suddenly decides to start living for herself… much to the dismay of everyone around her. As Rosa’s 45th birthday approaches, it begins to dawn on her that she’s never really cared for herself and has never learned to say “no,” or to truly love the person she is. Her solution? To elope and marry the one person she realizes she has neglected the most: herself. As shocked family members and friends slowly adjust to Rosa’s internal transformation and the wedding day looms, it becomes clear that changing her life is going to be anything but easy. Called “a feel-good film par excellence” by Screen Daily, Rosa’s Wedding is a warm and laughter-filled tale of one woman’s journey to the ultimate self-acceptance. 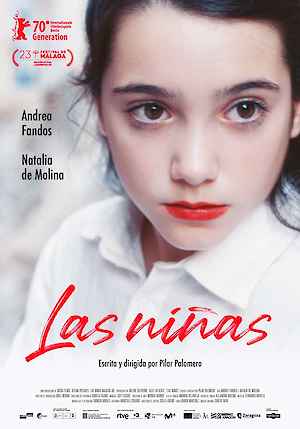 Spanish director Pilar Palomero’s debut feature, produced by Valérie Delpierre and Alex Lafuente, is a 90s-set coming-of-age tale which explores the tensions and anxieties of adolescence against the backdrop of Spain’s immediate post-Franco years. Fifteen years of democracy separate the country from the dictator’s rule, but the Catholic church with its prevailing moral code still dominates much of society. It’s 1992 and 11-year-old Celia (Andrea Fandos) lives in the provincial town of Zaragoza with her mother (Natalia de Molina). She studies at a strict religious school run by nuns and is a responsible student and considerate daughter. But when the impossibly cool Brisa (Zoe Arnao) arrives from the far more cosmopolitan Barcelona, the two girls unexpectedly become fast friends, and Celia soon finds herself swept up in a rebellious clique. With her eyes newly opened to the world, Celia begins to raise questions about her own family background, including the fate of her absent father.

The Spanish films at the AFI European Union Film Showcase 2020 are available to viewers located anywhere in Maryland, Virginia and Washington, D.C.

Presented by AFI Silver Theatre and Cultural Center, in collaboration with the European Union Delegation to the USA and the Cultural Office of the Embassy of Spain in Washington, D.C. Photo: Still from Las niñas