U.S. theatrical premiere of Guerín’s The Academy of Muses

The premiere of José Luis Guerín’s The Academy of Muses runs September 2 through 13 at Anthology Film Archives in New York, with the filmmaker in attendance on September 6 and 8 at 7 pm.

The Academy of Muses 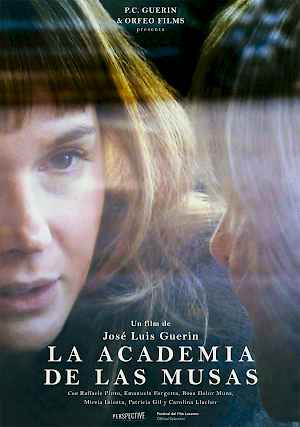 A university professor teaches a class on the Muse in art and literature, while actualizing some of his teachings with his (mostly female) students, in this breathtaking new film from José Luis Guerín. Part relationship drama, part intellectual discourse, the film centers on a philology professor –played by actual philology professor Raffaele Pinto– and the women surrounding him: his wife and students. But as each and every player engages in debates –concerning, among other things, art, the artist’s perspective, and male-female dynamics– the film’s narrative begins to evolve and its character dynamics become increasingly complex.

Guerín is a director whose films resist categorization, slip from one mode to another –from fiction to documentary to essay film to diary– and are intoxicated with looking and listening. The Academy of Muses reflects all these qualities, while also displaying a preoccupation with language, with verbal intercourse (often as a means to other kinds of intercourse), that renders it positively Rohmer-ian. Nimble, resourceful, and, despite its intentionally lo-fi digital aesthetic, a film of remarkable visual coups (with Guerín persistently filming his characters through reflective glass windows, resulting in a remarkable layering of interior and exterior space), The Academy of Muses is as intellectually stimulating and formally innovative as it is delightfully funny.

Guerín molds the material into a vibrant portrait of academic unrest that changes, against seemingly impossible odds, into an experimental romantic comedy.

Guerín made this film from almost nothing, except a small, digital camera and a tremendously game set of friends. Beginning like an educational documentary on the aesthetic philosophy of Prof. Raffaele Pinto, it quickly morphs into an intimate, romantic intrigue of words passed between teacher and student, husband and wife, friend and foe. A dazzling achievement.

Filmmaker José Luis Guerín will be in attendance on September 6 and 8 at 7 pm. A Q&A session with the director will follow these two screenings.

Presented with the support from the Consulate General of Spain in New York: member of the network SPAIN arts & culture.