In its third edition, the festival brings Spanish and American poets together and combines poetry with video, music and performance.

The Kerouac Festival returns to New York City featuring contemporary poetry performances. In this third edition, the festival functions as a poetic bridge between Spain and the United States, bringing together poets from around the world and intertwining words with music, photography, video, fashion, performing arts, painting and poetic action. 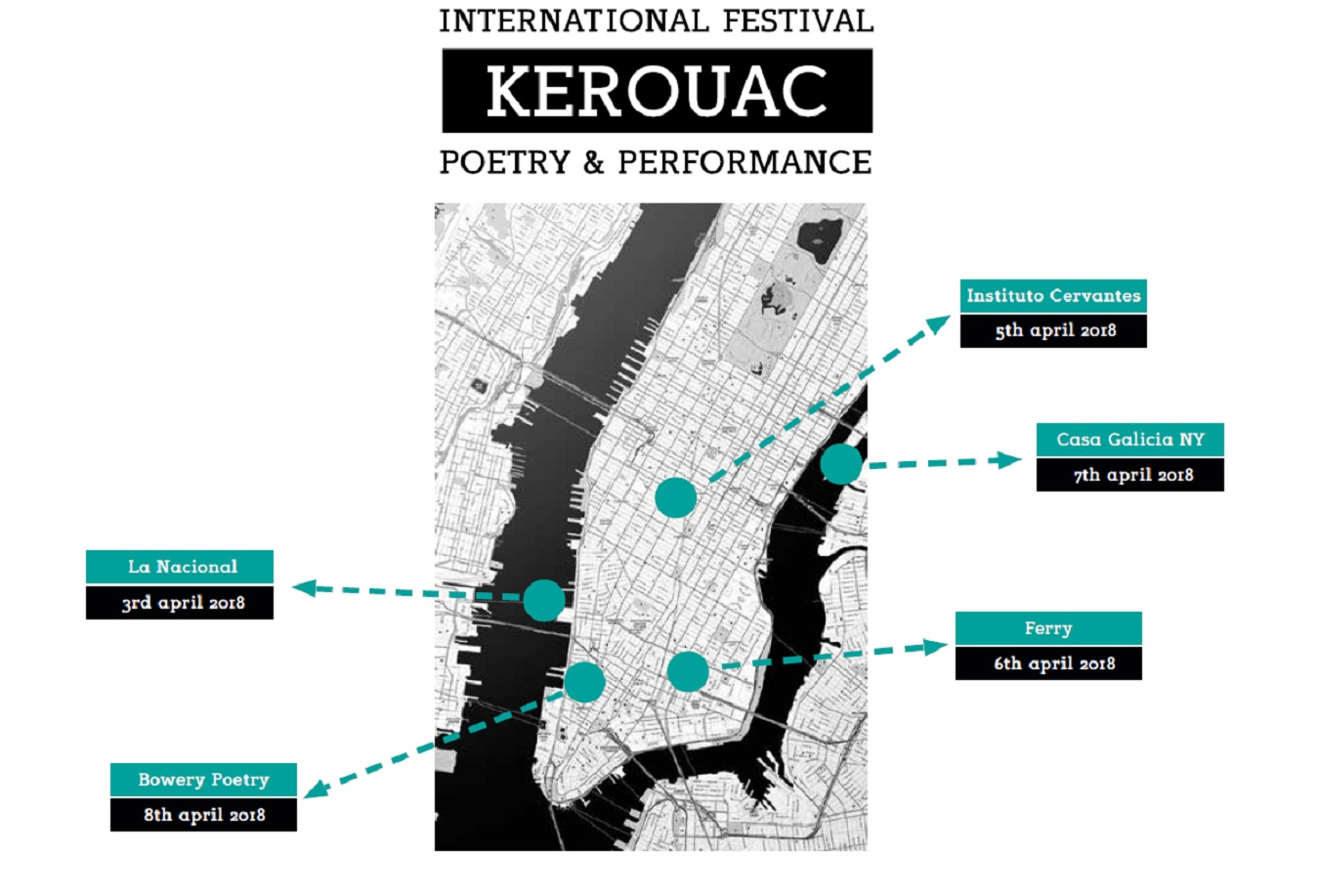