Visual artist Layla Love in collaboration with Gloria Steinem from the NGO Rise of the Butterfly, presents a festival for the benefit of anti-human trafficking organizations. The festival includes, among other events, the screening of three films. The documentary Sands of Silence: Waves of Courage by Chelo Álvarez-Stehle will be screened on June 7 after having been presented in more than 40 occasions in Spain and also in the High Level Political Forum at the United Nations (New York), at the International Day for the Elimination of Violence Against Women, at the European Parliament (Brussels), and at universities across Europe and the U.S., such as NYU, UCLA or Yale. 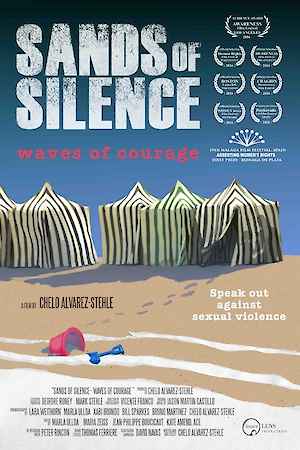 A 15-year quest to expose the underworld of sexual exploitation and trafficking from Asia to the Americas leads world-reporter Chelo Alvarez-Stehle to the windswept beach where her childhood ended and family secrets began. As she documents the transformation of sex-trafficking survivor Virginia Isaias —a Mexican American woman whose past is engulfed in a cycle of sexual exploitation— into an inspiring advocate committed to break that pattern, Alvarez-Stehle undertakes a parallel journey of healing and introspection and sets out to shatter the silence about sexual abuse in her own life.

Rise of the Butterfly

Hosted by RISE of the Butterfly, sponsored by the New York State Office of Victim Services, and co-sponsored by Equality Now and The Episcopal Diocese of the New York Task Force Against Human Trafficking