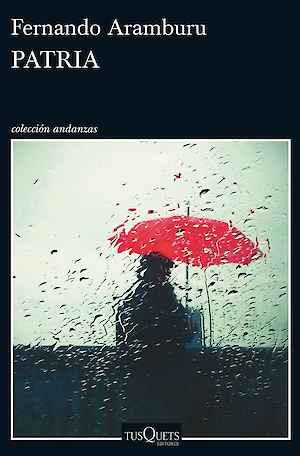 On the day that terrorist organization ETA anounces that it will abandon its armed struggle for the Basque Country’s independence, Bittori visits the cementery to tell the grave of her husband, el Txato, assassinated by the terrorists, that she has decided to return to the house where they lived. Will she be able to live with those who harassed her before and after the attack that upset her life and that of her family? Will she be able to know who was the hooded man who on a rainy day killed her husband on the way home from his transport company?

[…] it is an extensive and memorable novel that encompasses 40 years of fascistization of a closed and distrustful society, and as many years of moral degradation of government institutions. Everything’s there: the world of the armed struggle and the imprisonment of its heroes, the hypocrite and cruel concealment of its victims, the constitution of a mentality of a “chosen” and persecuted “people,” the sultry role of the Catholic church and its parish imams, the daily and systematic division of a community into the good and the bad. Aramburu has portrayed the two faces of an archaic and patriarchal society. And it becomes clear that the same mentality that sustains a great social cohesion has been the breeding ground for the justification of violence and of the fascist harrassment of the suspect.

The talk will take place in Spanish with simultaneous translation in English.