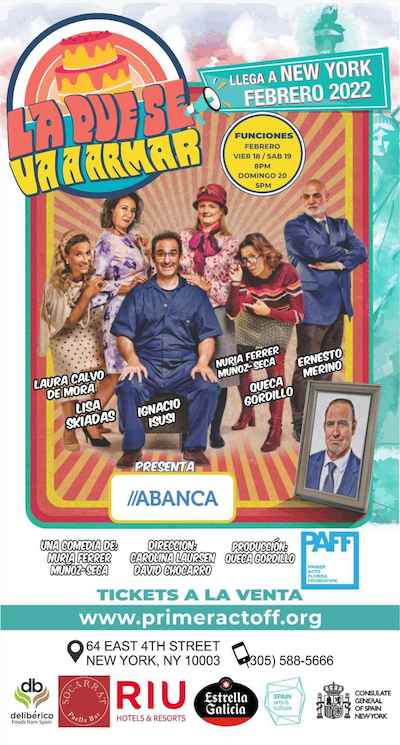 A mother and her two daughters wait at home for the judge to arrive to officially declare the father of the family dead, an internationally renowned poet who disappeared two years ago hunting in Africa. The declaration of his death also means the loss of his millionaire inheritance. Hours before the Judge’s arrival, a pastry chef who arrives at the house to deliver an order realizes when she sees some photos that the poet looks a lot like a mechanic from her neighborhood. The pastry chef will radically change events in a very funny way.

There is no other event programmed in Performing arts.