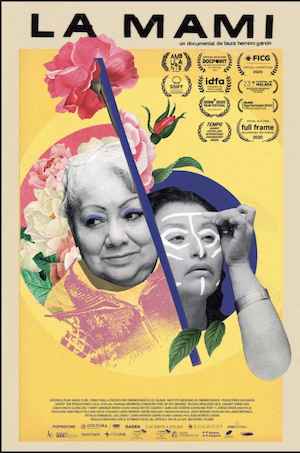 Winner of the Cinema Tropical Award for Best Film, the documentary follows Doña Olga, also known as “La Mami,” who having worked more than 40 years in nightlife is caretaker of the women’s restroom at the mythical Cabaret Barba Azul in Mexico City. Night after night, she attends to the dancers who perform there to live music. A friendship gradually develops between her and newcomer Priscilla, as the two exchange intimate details during their shifts, sharing glances in the mirror. Shot completely from the female perspective, Herrero Garvín depicts women doing what they have to in order to provide for their families and carve a path for themselves and their loved ones under unforgiving circumstances.

Cinema Tropical is a 501(c)(3) non-profit media arts organization that has become the leading presenter of Latin American cinema in the United States. Founded in 2001 with the mission of distributing, programming and promoting what was to become the biggest boom of Latin American cinema in decades, Cinema Tropical brought U.S. audiences some of the first screenings of films such as Amores Perros and Y Tu Mamá También.