As in previous years, the most renowned venues of New York City host this annual rendez-vous with Flamenco, featuring the some of today’s most important Flamenco artists.

For 19 years, Flamenco Festival has been promoting the dialogue between Flamenco, Jazz and music from different origins. 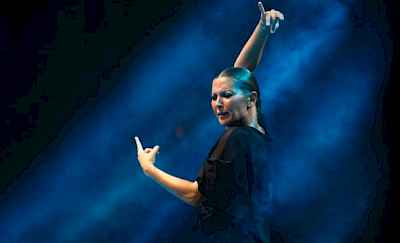 Beloved for her brilliant footwork and captivating stage presence, flamenco superstar Sara Baras returns to City Center for our 75th season with a work commemorating the 20th anniversary of her own company Ballet Flamenco Sara Baras. Shadows combines Baras’ devotion to the dances of her native Spain with her unwavering commitment to innovation. Baras reexamines and reinvigorates her trademark flamenco style La Farruca –a quick-footed, dramatic dance traditionally performed only by men. Over the course of her career, La Farruca has been both a springboard to her most celebrated successes and a shadow dogging at her dazzlingly percussive heels. In this euphoric explosion of flamenco’s classic gender roles, her company banishes those shadows once and for all. Undeniable passion resounds throughout the stage, featuring vibrant scenic design by visual artist Andrés Mérida that seamlessly integrates with the dance. The music, by company Music Director Keko Baldomero, infuses flamenco rhythms with an array of other musical cadences from around the world. A tour de force of female power and transcendence, Shadows is an evening with the “Queen of the Spanish Moonwalk.” 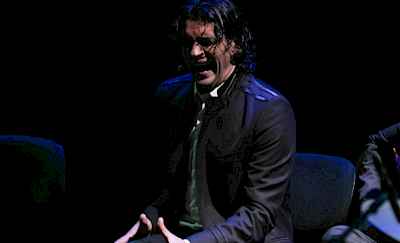 The commanding singer Ismael Fernández, of Gypsy descent, was born in Seville and grew up performing around the world with his renowned family, “Los Fernández.” With his partner, dancer Sonia Olla, he has created numerous shows and worked with artists throughout the world, including flamenco dancer Farruquito, pop artists Madonna and Ricky Martin, and jazz artist Chano Domínguez, who also produced Ismael’s new album, Trato (Deal). 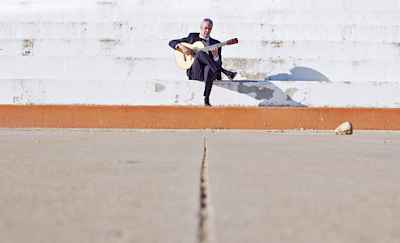 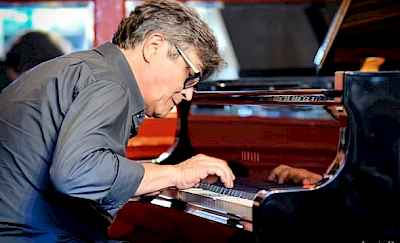 Chano Domínguez has achieved an unusual integration between the rhythms and languages of jazz and flamenco, creating a unique style that places him among the top musicians practicing this art form. His interpretive talents are highly sought after for his authentic integration of both jazz and flamenco traditions, working with an extensive range of colleagues such as Paco de Lucía, Enrique Morente, Jorge Pardo, Carles Benavent, Martirio, Wynton Marsalis, Paquito d’Rivera, Jack DeJohnette, Herbie Hancock, Jerry Gonzalez, Gonzalo Rubalcaba, Michel Camino, Chucho Valdés, Joe Lovano, and George Mraz, among others. His music has been played by many different ensembles and orchestras such as the Lincoln Center Jazz Orchestra, WDR Cologne Big Band, Orquesta Nacional de España, Orquesta Nacional de Latvia, Orquesta de Cámara del Vallés, and the Orquesta Nacional de Costa Rica. Internationally acclaimed, he has changed the history of flamenco-jazz. 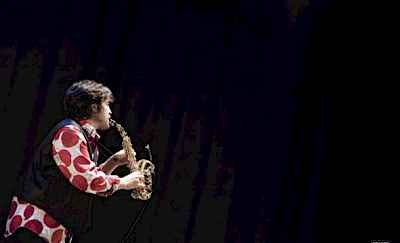 Sergio de Lope and his ensemble are part of the new generation of creative flamenco makers, building veritable bridges between flamenco and jazz. Awarded Best Flamenco Instrumentalist at the 2017 Festival de la Unión, Sergio “sings” flamenco with his flute and his saxophone and transforms expressive “flamenco soul” into jazzy compositions. A collaborator with flamenco stars such as Farruquito, Sergio makes his New York debut with Ser de luz, a piece that expresses the emotive power of flamenco in all its aspects. Accompaniment is provided by “El Mati” (voice), David Caro (guitar), Juanfe Pérez (bass), and Javier Rabadán (percussion).

Two parts of me by Antonio Rey & Mara Rey 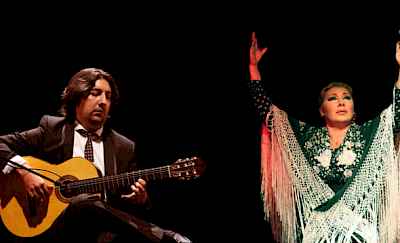 Directly from Spain, Antonio Rey who is one of the greatest flamenco guitarists of his generation. Antonio presents his latest release, Two Parts of Me, along with Mara Rey who has worked as a Flamenco dancer and singer with great Flamenco figures. This performance combines an ensemble of musicians showcasing guitar, dance, song and percussion that highlight the power and passion of flamenco. 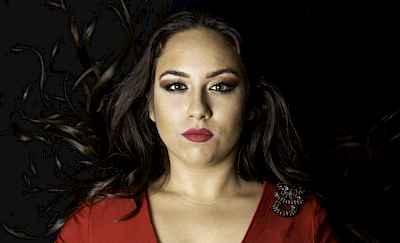 María Terremoto, from Jerez de la Frontera, is a worthy heir to the Terremoto legacy. She is the granddaughter of “Terremoto of Jerez,” one of the greatest flamenco singers of the 20th century, and daughter of singer “Fernando Terremoto.” She was the youngest artist to receive the Giraldillo award for new artist at the Seville Flamenco Biennial and has been called “the torchbearer for young flamenco singers.” She just released her first album, La huella de mi sentío, in which she presents her orthodox expression of cante combined with a fresh approach to the modern sounds of flamenco. Accompaniment is provided by Nono Jero (guitar) and José “El Pechuguita” (vocals). 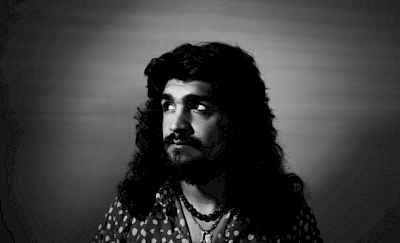 Universo Pastora is the title is the name of the third album by cantaor Israel Fernández. At the same time, it is the title of the direct show that gives life to the album and that is about the musical universe that surrounds the most important flamenco singer that has given the history of flamenco: La Niña de los Peines. In this work, the young singer from Toledo approaches the musical universe of the Sevillian cantaora and her immediate surroundings: her brother Tomás Pavón and her husband Pepe Pinto. A meticulous work of selection among more than 250 cantes that Pastora bequeathed and that Israel has managed to reconstruct with its way of feeling. 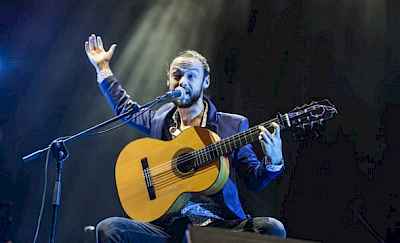 In addition to being a brilliant singer, Diego Guerrero is a prolific musical producer, arranger, composer and guitarist, and one of the leading names in the fusion of flamenco with other genres. His debut album, Vengo Caminando, is an eclectic work rooted in flamenco that opens doors into other styles of music. With this release, he achieved status as one of the most important artists of the genre and received international recognition for his Latin Grammy nomination in the category of Best Flamenco Album. For this program, Guerrero will be accompanied on percussion, bass and piano.

Organized by Flamenco Festival with the support of INAEM, the European Social Fund of the EU, the Regional Government of Andalusia, the Andalusian Agency for External Promotion Extenda, the SGAE Foundation, the New York Tourist Office / Tourspain, the Cervantes Institute, the Society of Artists, Interpreters and Performers of Spain AIE, Andalucía Flamenca, SPAIN arts & culture and the Consulate of Spain in New York