The event will feature readings of the novel by author Kirmen Uribe and translator Elizabeth Macklin, a conversation between Uribe and Coffee House Press editor Youmna Chlala, and music by the singer-songwriter Mikel Urdangarin. 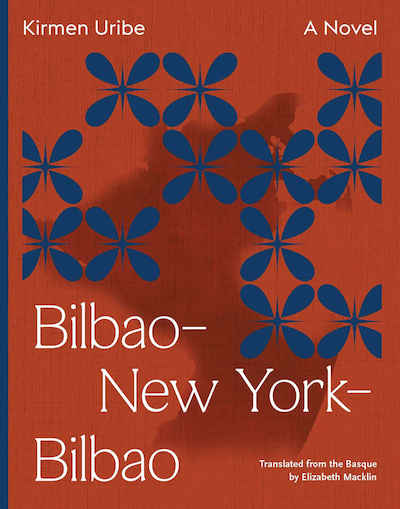 Elizabeth Macklin is the author of the poetry collections A Woman Kneeling in the Big City and You’ve Just Been Told. A 1994 Guggenheim Fellow in Poetry, she received in 1998 an Amy Lowell Poetry Travelling Scholarship, which allowed her to spend a year in the Basque Country, beginning studies in Euskara. Her translation of Kirmen Uribe’s first poetry book, Meanwhile Take My Hand, was published in 2007. In addition to Bilbao–New York–Bilbao, she has translated numerous multimedia works in which Uribe has been involved.

Coffee House Press began as a small letterpress operation in 1972 and has grown into an internationally renowned nonprofit publisher of literary fiction, essay, poetry, and other work that doesn’t fit neatly into genre categories. Coffee House is both a publisher and an arts organization.

Presented by Coffee House Press and the Basque Country's Province of Biscay.