See some of Bigas Luna’s most critically acclaimed works and participate in in-depth discussions with academics and collaborators of the iconic Spanish director who simultaneously launched the film careers of Penelope Cruz and Javier Bardem.

The Bigas Luna Tribute will showcase some of the director’s most critically acclaimed films and allow the audience to partake in in-depth discussions with excepcional guests –academics and members of the Spanish film industry who worked with him. Organisers Betty Bigas (the daughter of Bigas Luna, artist and art curator) and Professor Santiago Fouz Hernández (Durham University, UK) will introduce some of the films and lead the Q&A sessions in main events.

The main events, including screening of the entire Iberian Portraits trilogy, cava reception and introductions by Bigas Luna specialists, will take place March 27th-28th, followed by repeat screenings the week after, until April 2.

Over the past six years, the Bigas Luna Tribute has collaborated with over a dozen cinemas and 4 festivals in 17 cities and 7 countries around the world. The events provide an opportunity to enjoy the important work of one of Spain’s most iconic filmmakers with an opportunity to learn more about the context in which they were produced, in conversation with some of his collaborators and international academics that have researched the films. 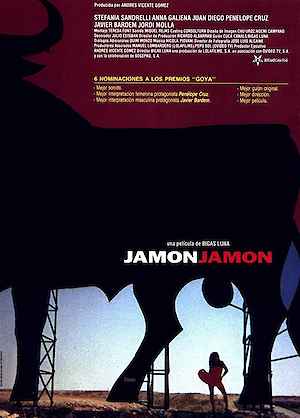 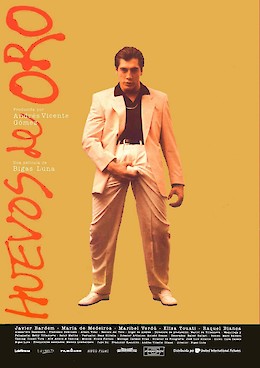 Benito González works construction in Melilla and dreams big – of building the tallest building in Benidorm, a great phallic symbol of power, González Towers. Over several years, we see Benito’s rise and fall, much like the construction of his tower. Through force of personality, he puts the financing together, taking advantage of women who love him – Claudia, a model who wants to be a star, and Marta, the US educated daughter of a banker whose loan Beni- to needs. Can his force of personality – his huevos de oro – compensate for shoddy building materials, no permits, and undercapitalization? Nature may have her own power and surprises in store for Benito.

La Teta y la Luna (The Tit and the Moon) 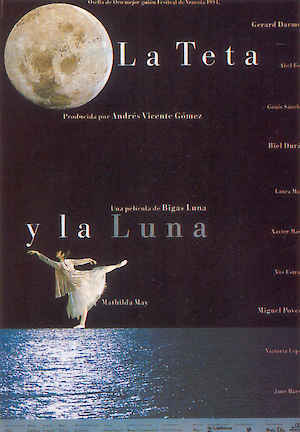 Beautiful, playful, innocent, funny, endearing. Nine-year-old Tete (Duran) has a problem any older brother can relate to; the family’s new arrival has replaced him at his mother’s breast. He must invoke the moon for a new tit to call his own. Cue the entrance of Estrellita, an imposing Gallic cabaret performer. However, adolescent Miquel already has his eyes on Estrellita, while the lady herself seems sweet on her stage partner, Maurice, never mind his impotence. The director sets up symbolic oppositions between the relative youth and sexual experience of the various males, and even the French, Spanish and Catalan speaking participants in the drama – the whole affair being unified by the image of the breast suckling one and all. It is a paean to a Mediterranean culture.

Organized by Quad Cinema, Betty Bigas and Professor Santiago Fouz Hernández. With the support of SPAIN arts & culture and the Consulate General of Spain in New York