The 22nd edition of Los Angeles’ recent Spanish cinema and the 6th edition of Miami’s recent cinema from Spain showcase our best cinema.

Get an early glimpse of Spain’s rich, vibrant and vital films on the big screen at the emblematic Egyptian Theatre on Hollywood Boulevard in Los Angeles and the historic Olympia Theatre in Miami. This Seventh Art showcase will feature appearances by leading figures in the Spanish film industry, who have contributed significantly to put “Made in Spain” productions at the vanguard of filmmaking worldwide.

Now in its 22nd year in Los Angeles and 6th in Miami, this showcase aims to attract and involve those who are interested in Spanish cinema and culture. These cities, known for their diverse art scenes, provide exceptional settings for the U.S. debut of numerous Spanish film productions. 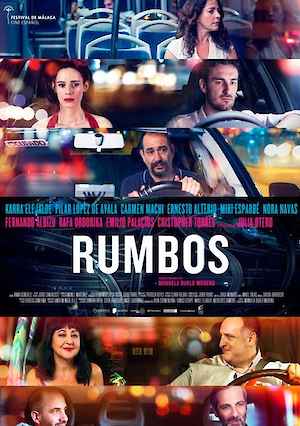 A big city. A hot summer night. Several love stories crisscross in 6 different vehicles: two cars, an ambulance, a taxi, a bus and a tractor-trailer. Each vehicle is loaded with the protagonists’ life’s baggage: two teens in a convertible, a cab driver wounded by betrayal, a trucker in love, a lover hardened in bygone battles, a nurse who doesn’t know how to forget and an abandoned woman. All of them will be dragged in the same direction without realizing their lives are connected. 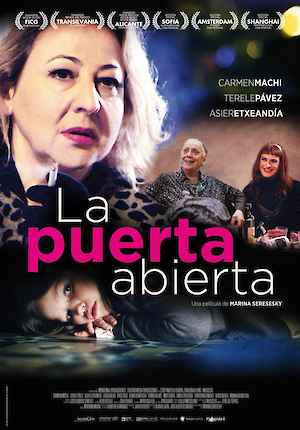 Rosa is a sex worker who inherited the profession from her mother, Antonia, who believes she is Sara Montiel and turns her daughter’s daily life into a living hell. Rosa does not know how to be happy, she cannot. The unexpected arrival of a new member to her peculiar family will give her a unique opportunity to find hope and happiness. 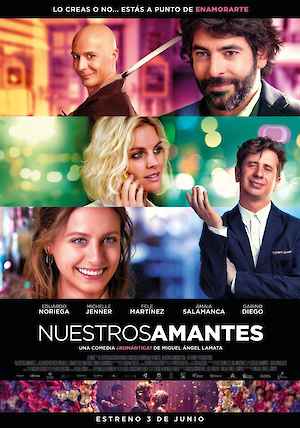 Carlos is a 40-year-old frustrated screenwriter. Irene, in her thirties, is clueless. They are still surrounded by the memories their previous lovers: María and Jorge. When Irene runs into Carlos at a coffee shop she makes him a risky offer: turning their boring lives into an adventure. Irene is a dreamer and Carlos has forgotten how to dream. Together they will do their best to be happy. There is only one rule: they can’t fall in love. 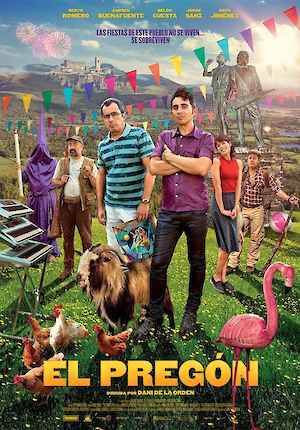 Spanish stars Andreu Buenafuente and Berto Romero play brothers whose duo act, Supergalactic, had a one-off pop hit in the 1990s. When the mayor of their hometown asks them to reunite, the two decide to overlook their differences for one last taste of stardom – and a quick payday – but their fans, local traditions and hidden agendas complicate their plans. Patricia de Lucas, a reputable lawyer, sees her life turned into a nightmare when her son Victor disappears from school without a trace. Hours later, the boy reappears, bruised and clammy with sweat, claiming that a man tried to kidnap him, but that he managed to escape. Patricia –scared and fearing for her son– decides to do what she’s never done before: take justice into her own hands. But the situation gets out of control and her actions will have unforeseen consequences. 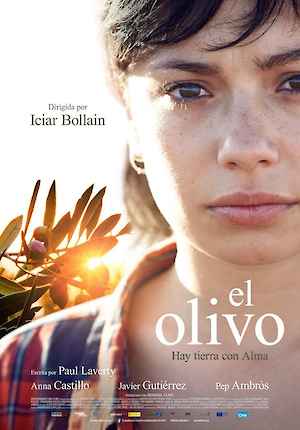 Alma, 20, works in a chicken farm by the village of Canet, in the province of Castellon, on the East coast of Spain. She has a profound connection with her dearly beloved Grandfather despite the fact he has stopped talking years ago. But when he begins to refuse food too Alma becomes obsessed with an idea: the only way to save her Grandfather is to recover the two thousand year old olive tree that the family uprooted and sold 12 years ago against his will.

Presented by Instituto de la Cinematografía y de las Artes Audiovisuales (ICAA) of the Spanish Ministry of Education, Culture and Sport, the American Cinematheque and EGEDA. With the support of SPAIN arts & culture and the Spain-USA Foundation.