“LA OLA Showcase” presents a new series of special one-off screenings as part of its ongoing effort to create a bridge between Spain and the Americas by bringing groundbreaking independent cinema to select cities in the US.

LA OLA is a showcase of the best independent contemporary films from Spain. This year, the showcase offers a curated selection of critically acclaimed films, selected and awarded at the most remarkable European film festivals, including Young & Beautiful and Arrebato. 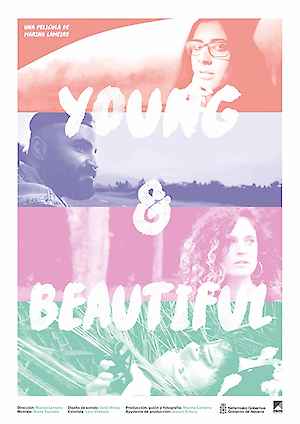 Young & Beautiful is the polyhedric portrait of a generation accused of not wanting to grow-up; a generation which has been cornered to accept a hopeless world and a country in crisis, in which it has been announced that the one way to survive is to abandon dreams.

LA OLA honors the memory and work of the artist Iván Zulueta on the tenth anniversary of his passing by premiering in Los Angeles his digitally restored cult masterpiece: Arrebato (Rapture) along with his previous work Leo Es Pardo (Leo is Dark), considered the main seed for Arrebato.

An experimental film that laid the groundwork for Arrebato, this short follows an androgynous character menaced by unseen forces in his Madrid apartment.

This cult masterpiece focuses on drug-addicted Madrid director José Sirgado (Eusebio Poncela), who is trying to finish his vampire movie when he gets a package from fellow filmmaker Pedro P. (Will More); the audiovisual materials it contains lead José on a one-way trip down a hallucinatory rabbit hole.

Presented by L.A. OLA – Independent Films From Spain and the American Cinematheque, with the support of SPAIN arts & culture. Photo: Arrebato, directed by Iván Zulueta