The Choreographic Residency organized by the Cultural Office of the Embassy of Spain and L.A. Contemporary Dance Company offers a unique experience for Spanish choreographers to work with U.S. dance companies.

SPAIN Dances, the dance program of the Cultural Office of the Embassy of Spain, is conceived to provide professional opportunities for Spanish dances and choreographers in the United States. The Choreographic Residency aims at fostering artistic dialogue between Spanish and American dancers and choreographers, and serve as an incubator for new or in-process work.

The host company selected for this second edition was L.A. Contemporary Dance Company, as in 2021. The invited choreographers for the 2022 edition were Iker Karrera, and Carla Diego as choreography assistant. This week-long residency with Karrera concluded with the event If These Walls Could Talk where the L.A. Contemporary Dance Company (LACDC) premieres the result of the residency by Elías Aguirre and Iker Karrera. 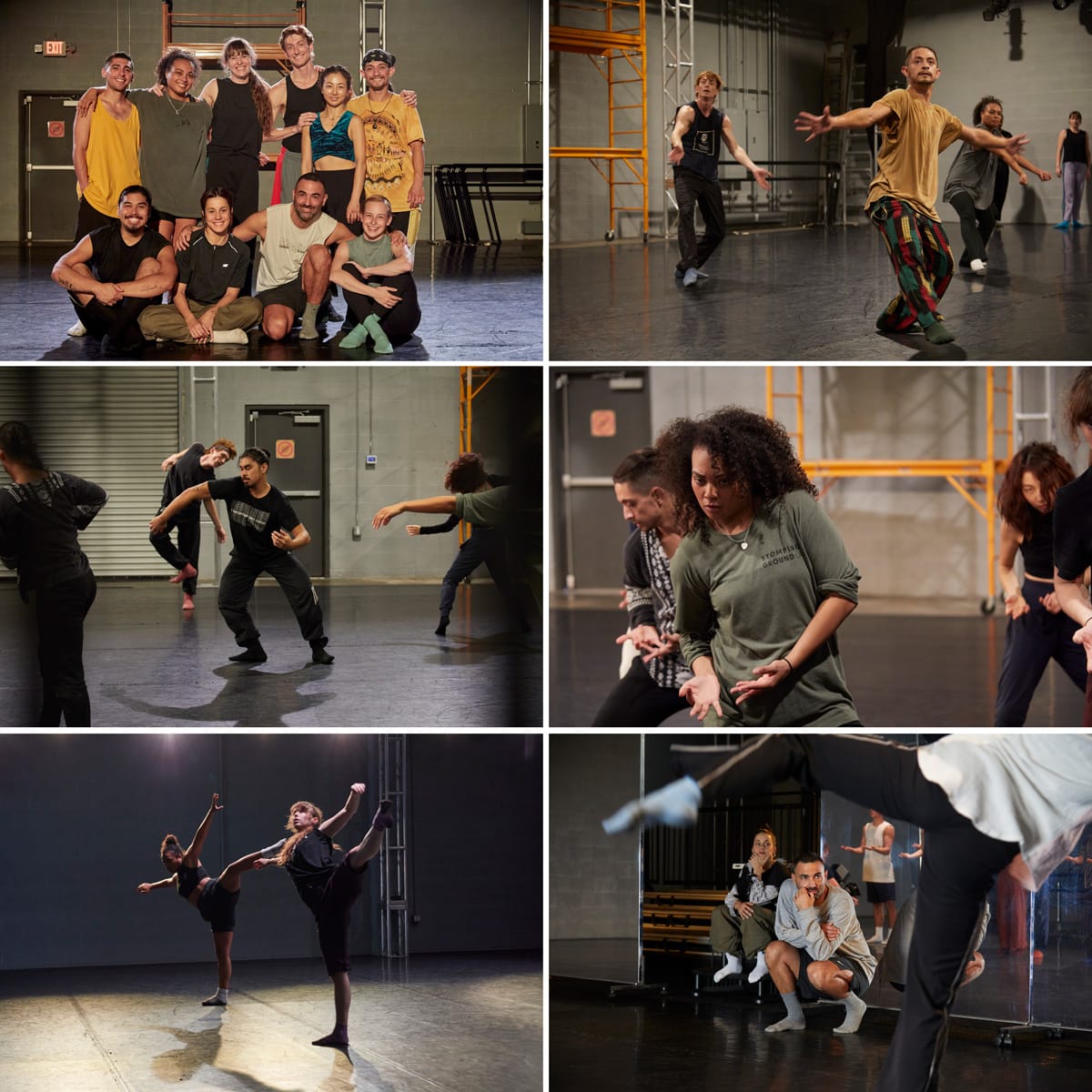 Iker Karrera began to develop as a dancer at a very young age attending jazz and hip hop classes in his homeland, Hondarribia. Since then, his evolution as a dancer has led him to share stages with leading singers and dancers inside and outside Spanish borders.

As a choreographer, Karrera founded his own dance company in 2016. His standout piece #7fm has received national and international awards, and has been performed in the main European capitals and at numerous festivals such as the Battery Dance Festival in New York.

No pleasure is his latest production and also the most ambitious; the piece has been part of the Danza a Escena 2021 circuit and has been widely performed in theaters in Spain.

In cinema, he has choreographed the new musical Voy a pasármelo bien directed by David Serrano, and in advertising, his choreography Haunted by Love for Vogue Spain has been awarded at the La Jolla International Film Festival in California. In 2018 he was part of the renewed television show Fama ¡a bailar!, initially as a teacher and, in the latest edition, as a director. He has also worked with the Oscar winners AR. Rahman and Shekhar Khapur choreographing their artistic collaboration, Why? The musical at ExpoDubai 2020.

As a teacher, Karrera has taught contemporary and jazzfunk classes all over the world in cities such as Los Angeles, New York, London, Mexico, Paris, Rome, Naples, Prague and Brussels, among others. He has been invited to the María de Ávila Superior Conservatory of Dance and the Fortea Professional Dance Conservatory.

After more than 15 years of teaching experience, Karrera decided to create his own school and artistic project, 180, motivated by his firm belief in the transformative power of dance and its ability to connect and inspire people.

Since 2020 and together with Fernando Lázaro, he has also been in charge of the academic direction of the official studies of the Som Academy school of performing arts. He has just received the XVIII Gipuzkoa Dance Prize for his entire career. Currently, Iker Karrera combines directing his own school with choreographing and directing the new pieces of his company.

This has been my first creative residence abroad and it could not have been a more enriching experience. As soon as I received the invitation from the Cultural Office of the Embassy of Spain, I knew that this week of creation was going to be quite a challenge. Having only 6 days to create a 15-minute piece, with dancers I didn’t know at all, it was going to be hard, but in the end I can say that we have achieved it.

The rehearsals were intense, the first day I started with a small workshop to try out my choreographic material on the dancers. The work environment from the beginning was fantastic and everyone was very eager to learn and absorb my dance. Something I love about american dancers is that they are incredibly fast and precise.

All the dancers in the company were very versatile and brought a very eclectic line-up. Many of them also danced more urban and commercial styles and had even worked in fields such as musical theater. The fact of having such a varied formation brought them even closer to my way of understanding dance and throughout the process I felt that the entire cast connected a lot with my movement.

Little by little they were learning the choreography phrases that I taught them and once they had it, I began to “undo” those phrases incorporating physical dynamics that suited them well. In this way I felt that there was part of his personality in my movement. We also worked from improvisation to create the entire beginning of the piece and it was wonderful to see them dance freely.

This time has also been the first time where I have used original music, music created expressly for the piece. Alex Aller has been in charge of creating and composing the music for Table for one, and Juan Debel is the one who has given voice to the second part of the piece. Juan sings a martinete, one of the oldest forms of flamenco, and
hearing his heartbreaking voice in the piece made the dancers connect more closely with our musical culture.

After the 6 days of creation, I am very happy with the result and on the last day, watching the run throughs, I was very moved to see them dance. I feel that they understood what I had in my head and that they got me excited to see them defend my work was, without a doubt, the most satisfying momento of the week.

A week after finishing rehearsals, the piece premiered at the Stomping Ground LA space along with the works of Elías Aguirre and Jamila Glass, the company’s current artistic director. Having stayed for the premiere of the piece and having seen all the works from the public was also very enriching. Seeing how the public reacted to each of the works was interesting and seeing how different the pieces were from each other, I fully lived the cultural exchange so present in this process.

And if all this wasn’t enough, I’ve also been lucky enough to work with filmmaker Andrew Southam. He and his entire team have recorded all the rehearsals, they have interviewed me and all the dancers to later make a documentary about the creative process of the piece. I am impatient to see all the footage they have recorded and I admit that all this audiovisual content will be of great help to me to continue working with my company and as a freelance choreographer.

I go back to Spain very happy and motivated by this experience and enormously grateful to the Cultural Office of the Embassy of Spain for thinking of me for this project. And hopefully I can bring LACDC to Madrid so that my people can see all the work we have done during these weeks in LA!

The company has also toured internationally with sold out performances in Argentina and New Zealand. In 2018, LACDC was the first American headlining company to perform for Tempo Dance Festival in Auckland.

Additionally, LACDC often expands its reach to collaborate with key artists and brands in the entertainment industry. The company has also collaborated with major brands for the commercial campaigns of Samsung, American Apparel, and Hikvision USA, music videos for Vitamin String Quartet & K-Pop star Sulli, and was recently featured in the Netflix television series Dear White People.

Organized by the Cultural Office of the Embassy of Spain in Washington, D.C. as part of their program SPAIN Dances in collaboration with the L.A. Contemporary Dance Company.