The 21st Annual Film Series Recent Spanish Cinema in Los Angeles will present the most outstanding current Spanish films in the USA.

The annual showcase is a glimpse of Spain’s rich, vibrant and vital films on the big screen that takes place at the emblematic Egyptian Theater on Hollywood Boulevard in Los Angeles. This Seventh Art showcase will feature appearances by leading figures in the Spanish film industry.

Spain’s democracy was still on wobbly legs in 1980, particularly in the backwater of Andalucia where this tense crime drama is set. City cops Juan (Javier Gutiérrez) and Pedro (Raúl Arévalo) are dispatched to the depressed rural area to investigate the disappearance of two sisters; their differing backgrounds –one a ruthless veteran and the other an idealistic rookie– lead to increasingly unsettling discoveries. Winner of 10 Goya Awards, including Best Film, Director, Lead Actor (Gutiérrez) and Cinematography.

Elia (Maribel Verdu) has just hit the jackpot –literally. One of the things she spends her 140 million euro lottery prize on is a 40th birthday bash in the Canary Islands, to which she invites a motley group of family and friends, including the ex she still pines for. But proximity to wealth can warp even the closest relationships, and the reunion soon takes a shocking turn.

The mid-life crises of three Spanish couples provide the laughs in this gleeful ensemble comedy. Luisa (Inma Cuesta of Three Many Weddings) and Alberto (Raúl Arévalo) move to the countryside, thinking it a better place to raise kids, though the change puts a damper on their sex life. Luisa’s sister (Candela Peña) and Alberto’s brother (Alberto San Juan) have their own relationship challenges –her obsessive pursuit scares men away, while his much-younger girlfriend is a little on the impulsive side.

First-time feature directors Juan Fernando Andres and Esteban Roel (and producer Alex De La Iglesia) lead viewers through a terrifying psychological maze in 1950s Spain. At its center is the apartment of Montse (Macarena Gómez), who has raised her younger sister to the brink of adulthood. But agoraphobia and religious ritual have taken their toll on Montse, and when an injured young man (Hugo Silva) turns up at the door, help is the last thing she gives him. With Luis Tosar as the spectral father figure.

Requirements to Be a Normal Person

Everybody tries to fit in, but few people go about it as methodically as Maria de la Montana (writer-director Leticia Dolera), who hopes to reach normality through a 7-item checklist. Her mentally challenged younger brother (Jordi Llodra) and overweight friend (Manuel Burque) seem to have most of the bases covered, and the success of Maria’s quest may boil down to just being herself. Brightly colored and boasting a jangly folk score from Luthea Salom, this romantic comedy is, as one might hope from its title, charmingly eccentric. Winner of the Best New Screenwriter, Cinematography and Editing Awards at the Málaga Spanish Film Festival.

Hugo (Yon González) and Braulio (Julián López) both have university degrees but no jobs, and think they can escape the economic doldrums by leaving Spain for Germany. But what looked like a land of opportunity on TV presents more challenges to the two friends than they expected in this sparkling comedy. In Castillan and German with English subtitles. One of the biggest Box office hits in 2015.

Luis (Luis Bermejo) has a 12-year-old daughter with a terminal illness and a last wish –to have a dress just like the main character of her favorite Japanese anime series. The unemployed professor doesn’t have the money to purchase the dress, but thinks he can get it with a little help from a former teacher (José Sacristán) and an unbalanced young woman (Goya and Feroz winner Bárbara Lennie). Vermut’s sure directorial hand weaves multiple storylines together in this haunting (and occasionally intense) drama.

Teen Dario (Miguel Herrán) gets into minor scrapes with lifelong buddy Luismi (Antonio Bachiller) and finds a surrogate family in Madrid with a mechanic and a 90-year-old junk dealer in this Málaga Best Film winner.

“A high-energy, feel-good movie with the warmest of hearts,” says Jonathan Holland from The Hollywood Reporter. 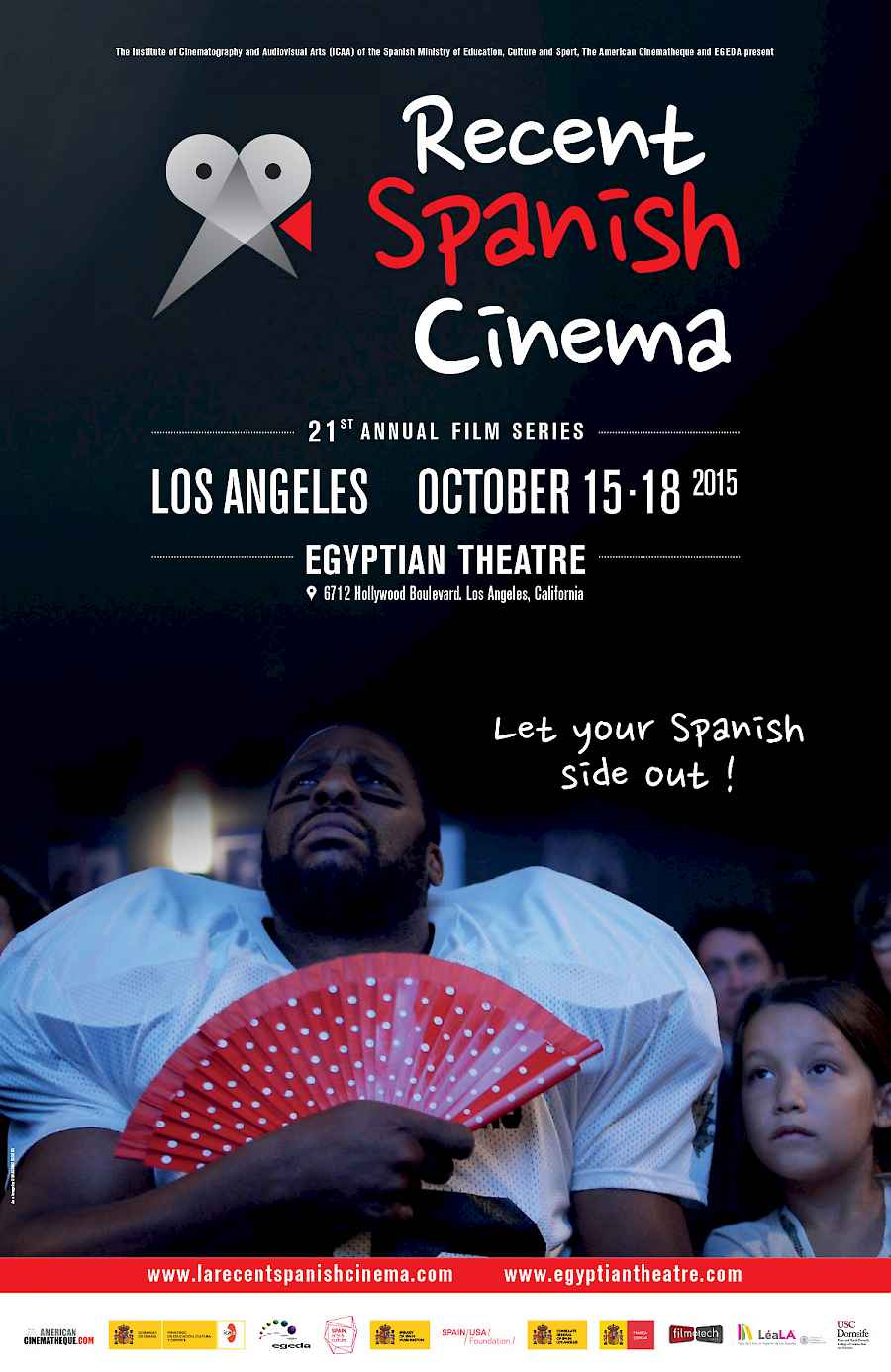 Presented by Instituto de la Cinematografía y de las Artes Audiovisuales (ICAA) of the Spanish Ministry of Education, Culture and Sport, the American Cinematheque and EGEDA. With the support of SPAIN arts & culture and the Spain-USA Foundation.