Endless Night at the 2020 Locarno Festival in Los Angeles

The 4th edition of the Locarno Festival in Los Angeles has selected “Endless Night” (“Longa Noite”), a meditative film that explores the Spanish post-war, by the Galician filmmaker Eloy Enciso. 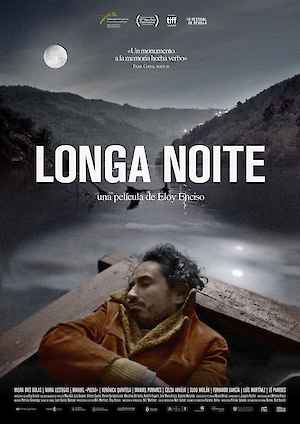 A few years after the Civil War was over, Anxo returns to his home village in the Galician countryside. Through casual conversations along his trip, he discovers how war and the new regime have transformed the relationships among people. Once at home, he is greeted with concern by the victorious, but also by the defeated ones, who see in Anxo the challenge to start a journey to the past and their silenced memories.

In crafting his script and exploring the social and political foundations of fascism, director Eloy Enciso turned to diaries, essays and anonymous testimonies from the period of the dictatorship of Francisco Franco, and excerpts from authors in the exile such as Max Aub, Celso Emilio Ferreiro, Rodolfo Fogwill, Luís Seoane and Ramón de Valenzuela. This film’s materialist approach, which evokes the works of Straub-Huillet, builds upon this series of near-vignettes —brief portraits of Spanish civilians reflecting on their lives before, during, and after the war, connected only by Anxo’s journey and the unshakable weight of fascism. These portraits shift from firsthand accounts delivered by the non-actors on-screen to letters from captivity read aloud by an offscreen narrator as Anxo clambers through the woods.

A journey through three decades of Franco’s dictatorship: an ensemble film made up of the tales of those who went through a dark period after the war questioning the value of their individual choices. Driven by the disconcerting performance of amateur actors, with emblematic and suggestive faces, the film opens up to a cosmic dimension in which the voice of the resistance stands out against the mysterious landscape of Galicia. 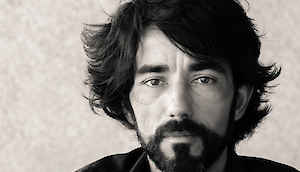 Eloy Enciso (Meira, Lugo, 1975) is a filmmaker based in Galicia, Spain. He studied documentary filmmaking at the Escuela Internacional de Cine y TV, in Cuba. His work is located within that vein of cinema —from Robert J. Flaherty to current work coming out of Harvard’s Sensory Ethnography Lab— which aim is to provide an immersive experience of cultures by mixing an ethnographic approach with drama.

His films have been selected for and received awards in numerous international film festivals, such as BAFICI, in Buenos Aires; the Locarno Film Festival; FICUNAM, in Mexico; the Montreal World Film Festival; and Viennale. Longa noite is his third feature film. The movie was awarded the Boccalino D’Oro by the Association of Independent Critics, and is number 2 in the Best Undistributed Films of 2019 by Film Comment at New York’s Lincoln Center.

Enciso’s work has also shown at Centre de Cultura Contemporània de Barcelona, Museo Nacional Centro de Arte Reina Sofia, the Museum of Modern Art (MoMA), and the Museum of the Moving Image. In 2014, he received a Robert Gardner Fellowship from Harvard’s Film Study Center and participated in the MoMA program Modern Mondays, which presents contemporary filmmakers who are changing the way we experience cinema and the moving image. Concurrent with his work as an independent filmmaker, Enciso has developed a career as a film editor.

About The Locarno Festival in Los Angeles

A collaboration between Acropolis Cinema and the Locarno Film Festival, the fourth annual Locarno Festival in Los Angeles returns in 2020 to the Downtown Independent cinema, home of the festival’s first two editions. Running from February 13-16, the festival will present a special four-day program comprising a wide range of adventurous and innovative cinema from new talent and established masters alike.

Presented by Locarno Festival in Los Angeles, in collaboration with LA OLA. Photo: still from the film, courtesy of the director