“Constructing Albert” shows the attempt of chef Albert Adriá, brother of Ferrán Adriá, to escape the shadow of the now legendary elBulli and enter the Pantheon of great chefs.

Founded in 1999, the Newport Beach Film Festival has evolved into a prestigious multicultural event, attracting over 55,000 attendees to Orange County. Screening over 350 films in 8 days, NBFF prides itself on bringing the best in new, local, international and critically acclaimed cinema to Newport Beach. 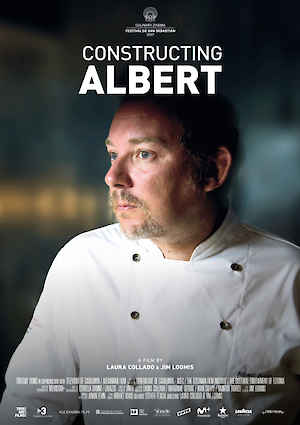 At just fifteen, without vocation or aspiration, Albert Adriá reluctantly started working with his brother as they created elBulli, a 3-star Michelin restaurant. He soon found in cuisine a blank canvas on which to experiment and express his previously untapped creativity. Two years after elBulli closed its doors, Albert is in the midst of a herculean creative adventure. This is Albert Adriá’s proclamation of self-assurance, his attempt to escape the shadow of the now legendary elBulli and enter the Pantheon of great chefs.