A new feature documentary on the life and career of José Luis Sert, a groundbreaking architect and innovator in city planning and urban development.

The documentary, written and directed by Pablo Bujosa Rodríguez, tells the story of Josep Lluís Sert, a talented architect, city planner, and contemporary of Miró, Calder, and Picasso, and his indelible impact on the course of American architecture.

Dean of the Harvard Graduate School of Design from 1953 to 1969, Sert fled Spain during the Civil War and immigrated to the United States where he lived for almost forty years. Sert had a connection to Chicago as he was part of the Graham Foundation Advisory Board when the institution was founded in 1956.

The film features never before seen archival footage as well as interviews with contemporaries of Sert including Rafael Moneo (architect and former Dean of the Harvard Graduate School of Design), Robert Campbell (architect, journalist, 1996 Pulitzer Prize winner, and former colleague of Sert), Robert Gardner (filmmaker, former Director of the Carpenter Center for Visual Arts at Harvard University, and personal friend of Sert), and Gerald & Nina Holton (personal friends of Sert and current owners of the Sert home in Cambridge). 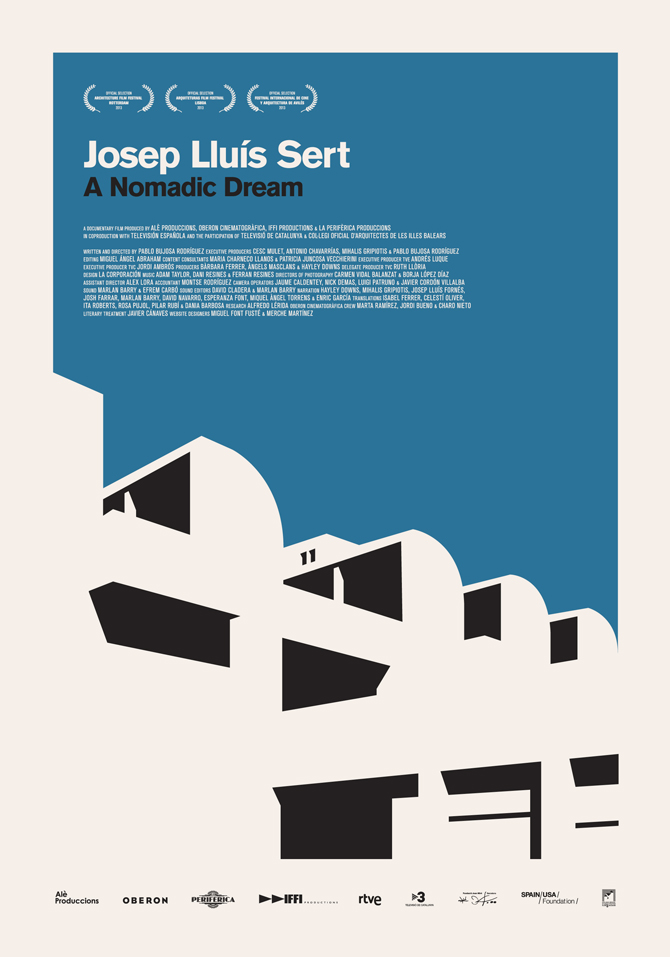 Seating will be very limited, and event entry will be on a first-come, first-serve basis. RSVP does not guarantee entry, so please plan to arrive early. Doors will open at 5:30 pm.

Presented by MAS Context in collaboration with the Graham Foundation.