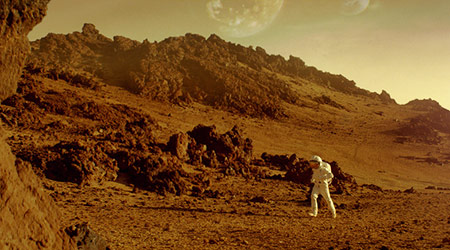 A selection of short films from Europe, Asia, and the United States screened at embassies and cultural centers throughout Washington, D.C.

Now in its eighth year, EuroAsia Shorts began as the Asian European Short Film Showcase and remains an original collaboration between a small group of embassies and cultural center staff.

The festival has presented more than 170 short films since 2006, including many award-winning films making their U.S. debut. Each year presents a variety of films connected by a single theme with post-film discussions on the first four nights, offering an international cinematic dialogue.

The theme for EAS 2013 is The Future. From careers to love to the stars, the future is wrapped in uncertainty, and always on our minds in one form or another. Sometimes it is a source of anxiety; other times, wide-eyed wonderment. Whatever it holds, its promise is universal.

Spanish films at EAS 2013 - Korea & Spain
On June 11th at 6:30 pm at the Korean Cultural Center. RSVP.
Voice Over. By Martin Rosete, 2012, 10 minutes. In French with English subtitles. Synopsis: I-will-not-tell-you-whose voice leads us through three extreme situations that are actually the same… Will you survive?
Hibernation. By Jon Mikel Caballero, 2012, 17 minutes. In English with Spanish subtitles. Synopsis: Joseph is an astronaut set to go where no man has arrived in the Universe through the 'Hibernation' program. But something happens between him and his instructor Claire, and decisions that seemed unbreakable begin to crack. The countdown has begun.

Closing Night - All countries + U.S.
On June 14th at 6:30 pm the Embassy of Italy. Reception will follow. RSVP.
Temblor. By Marina Fernández Ferri, 2012, 9 minutes. In Spanish with English subtitles. Synopsis: Dreams that New York inspires are not always sweet, even less so for the young Spaniard who yearns for connections in the city of frozen streets and lost glances. Temblor is a quiet story from the intimate perspective of an immigrant struggling to adapt to the barren New York winters.

Special outdoors screening: The best of EAS 2013
On June 15th at 8 pm at the Former Residence of the Ambassadors of Spain. RSVP. Doors open at 8 pm. Open-air screening begins at 9 pm. Film program TBA. With cash bar.

Free. RSVP required for all events. Check out the full EAS 2013 schedule. Spanish short films were selected from SPAINRED: The Spanish Cultural Network.